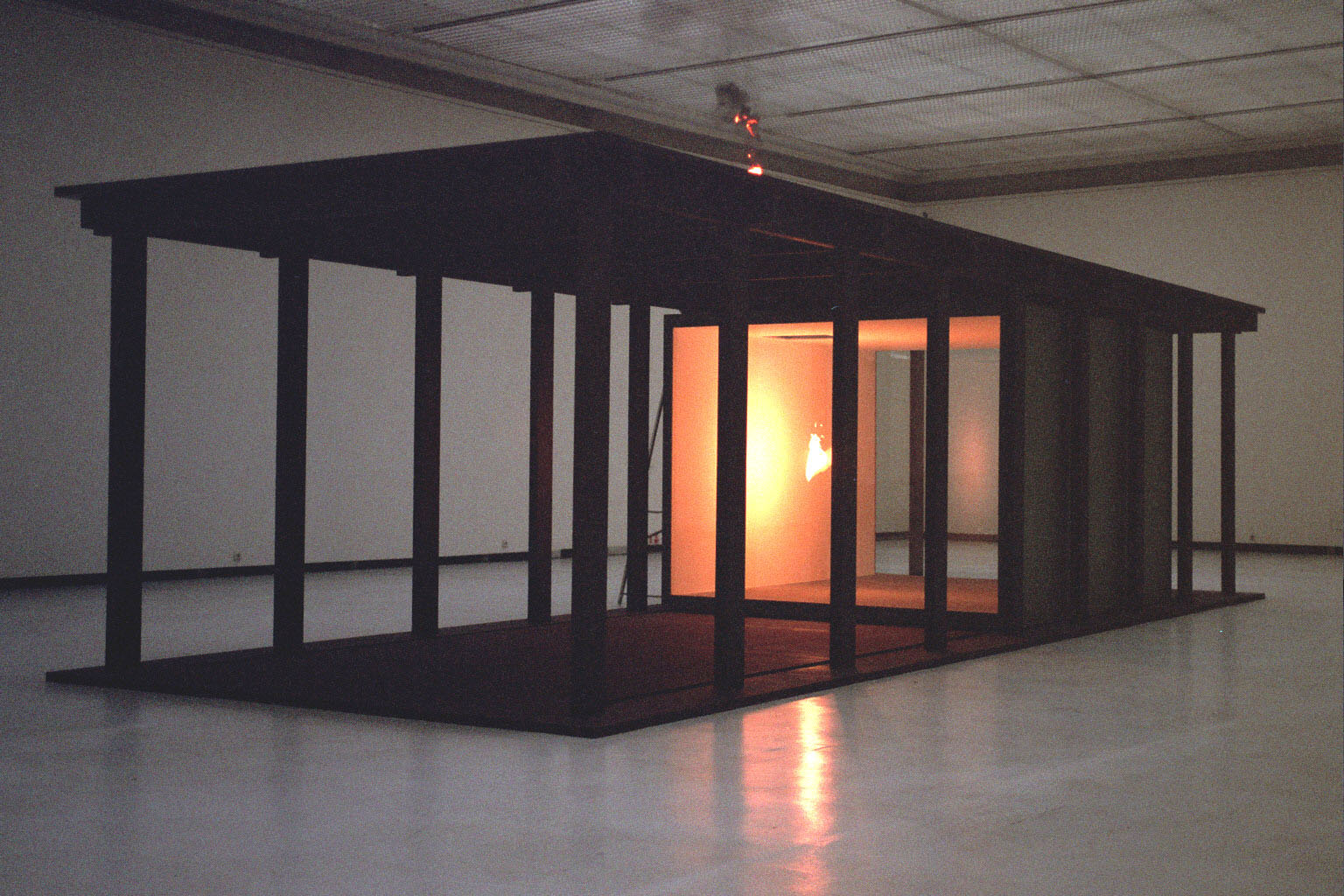 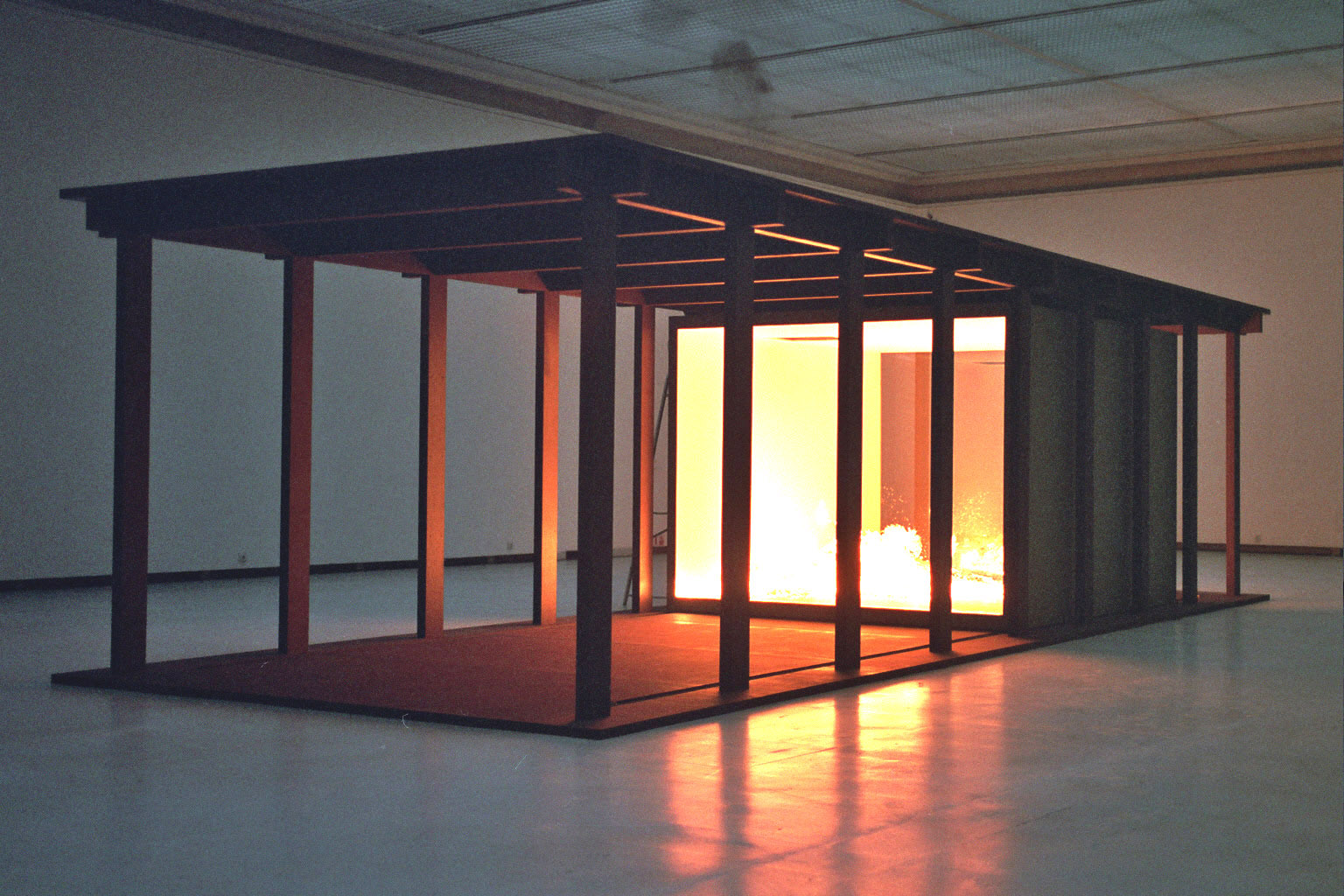 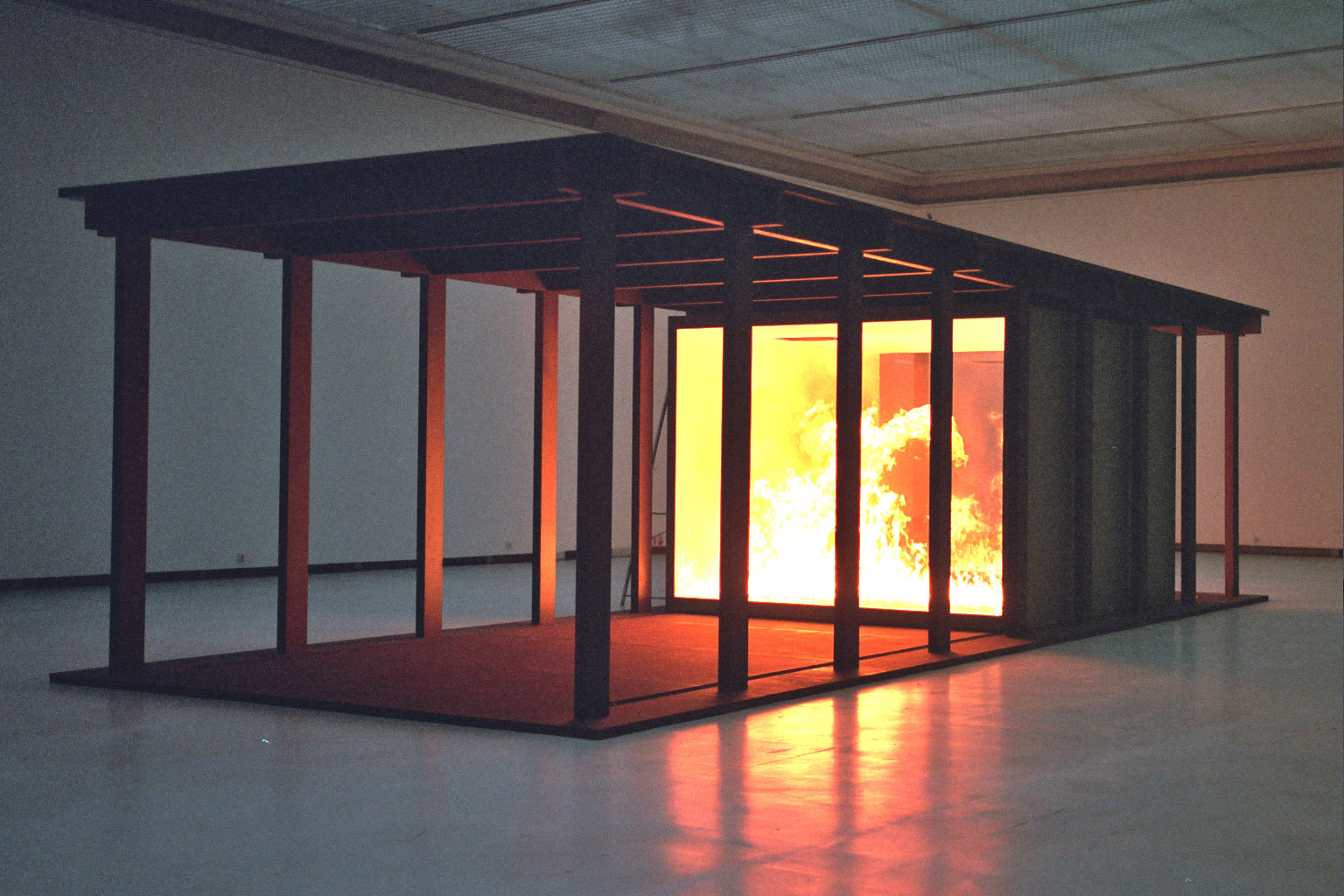 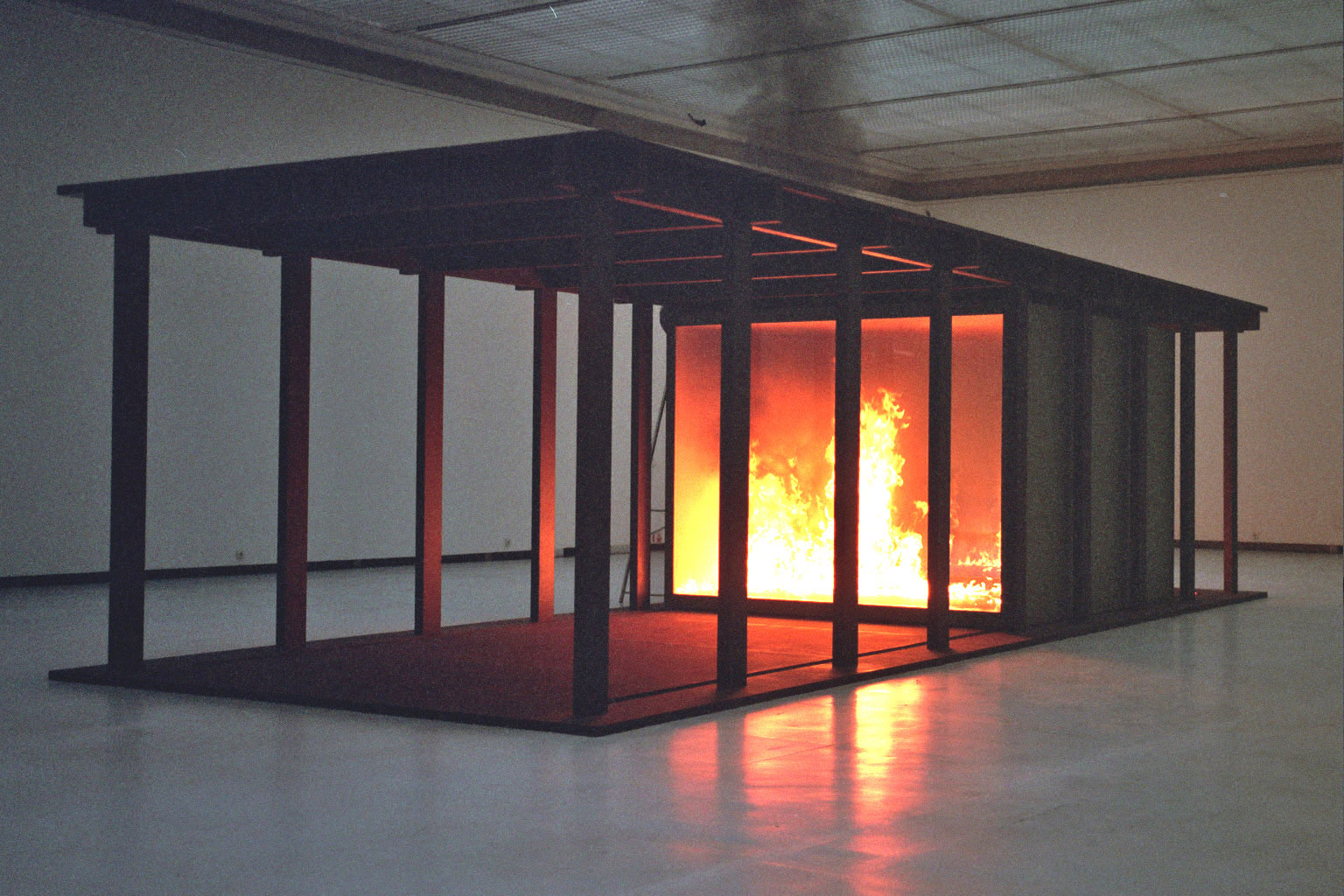 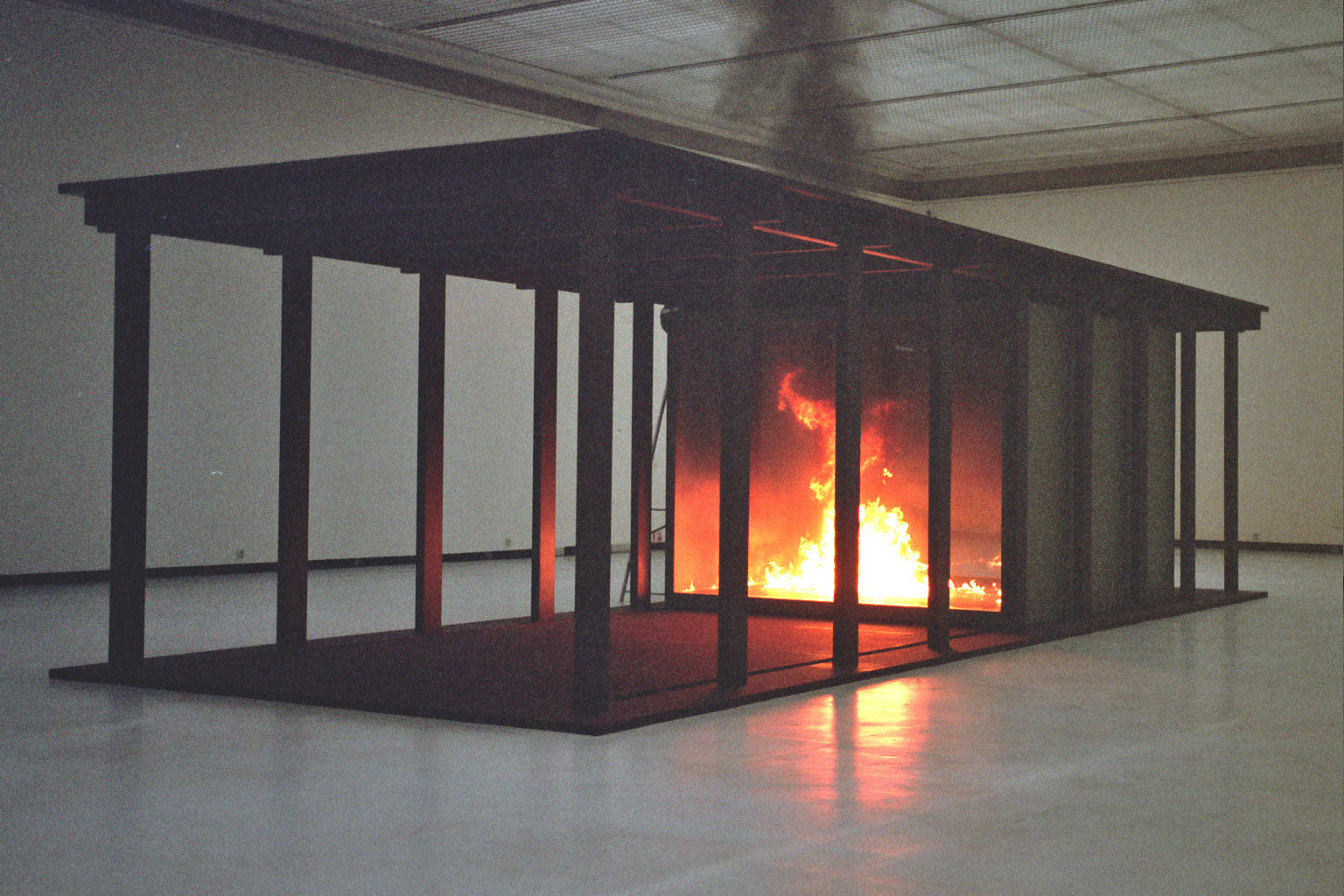 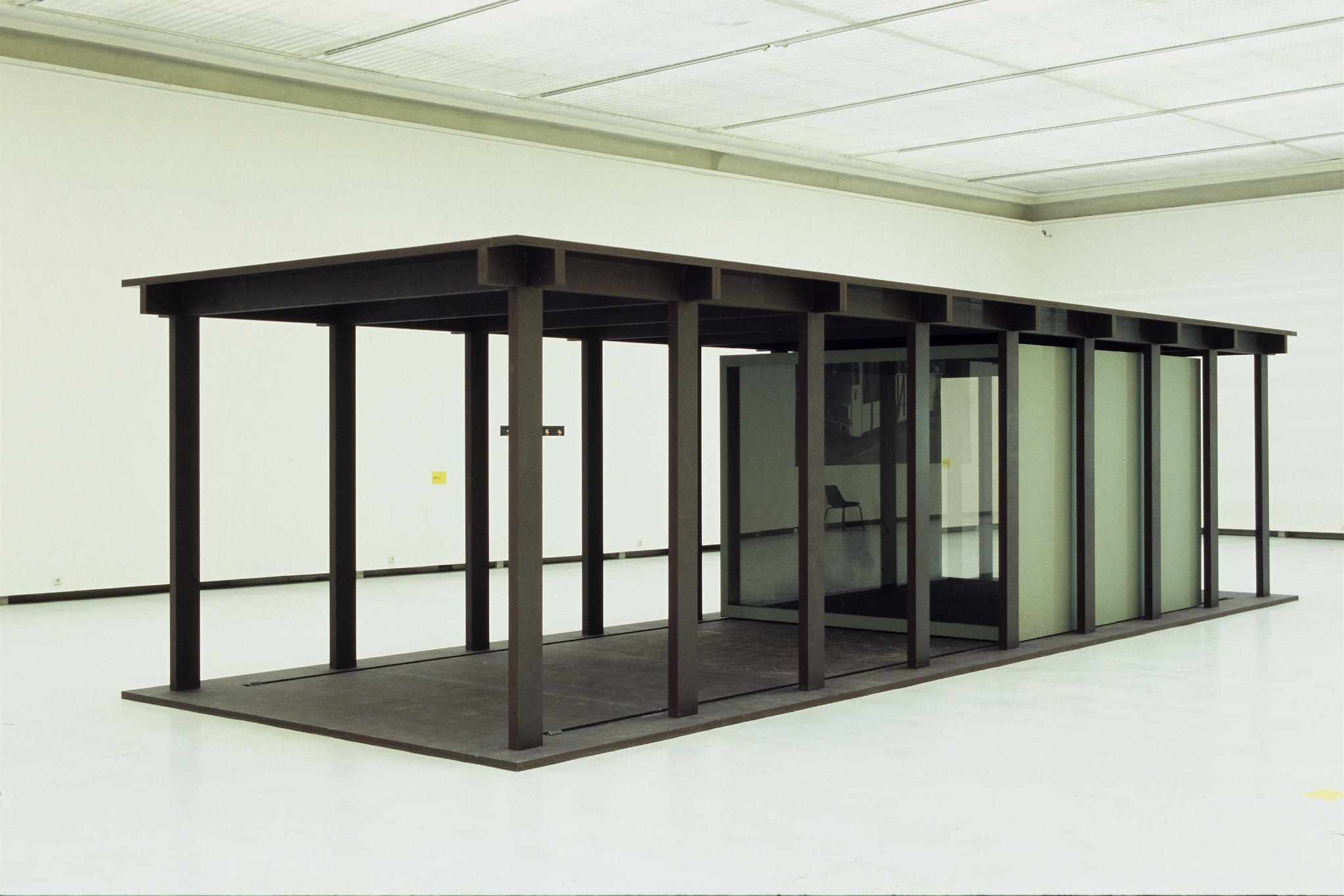 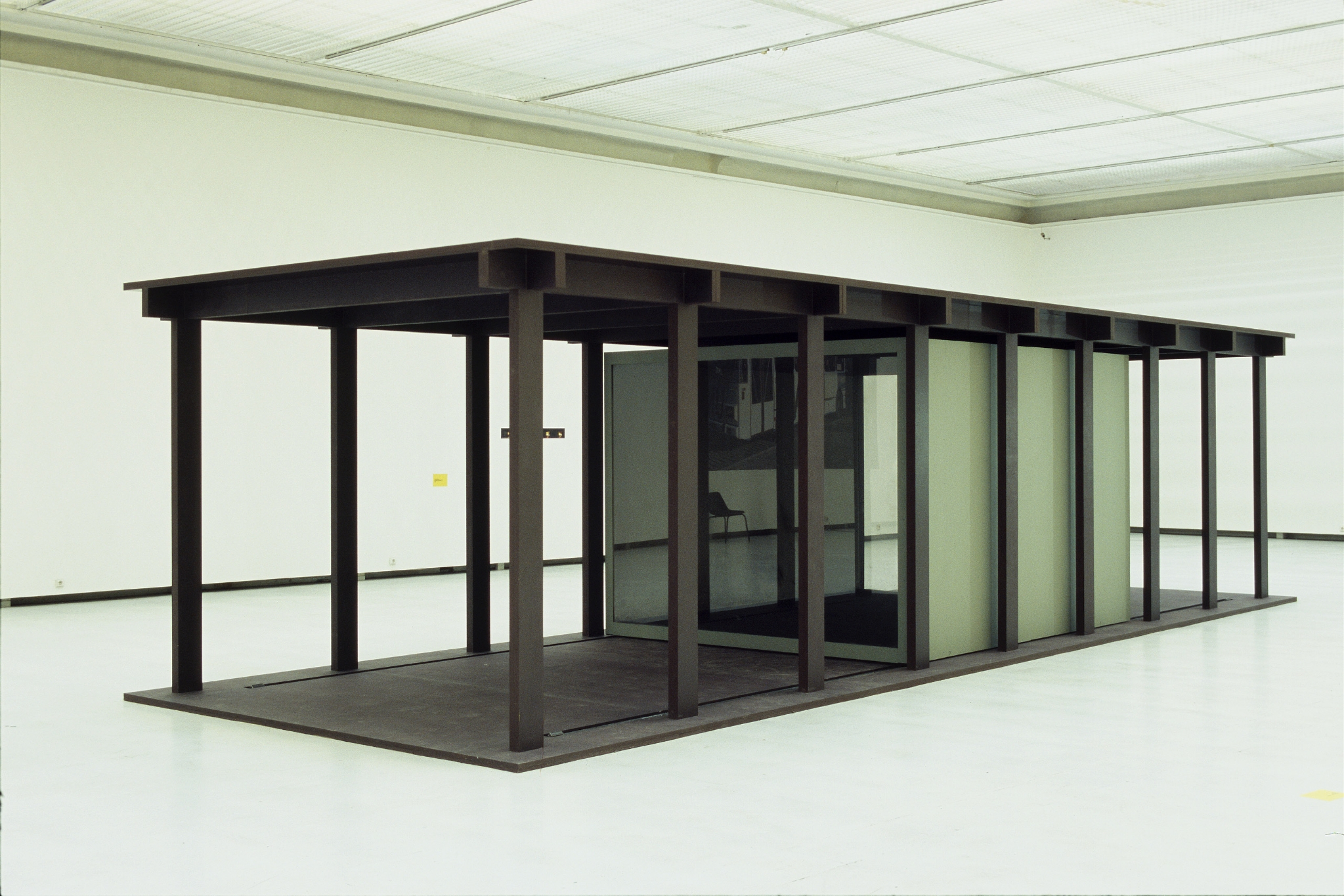 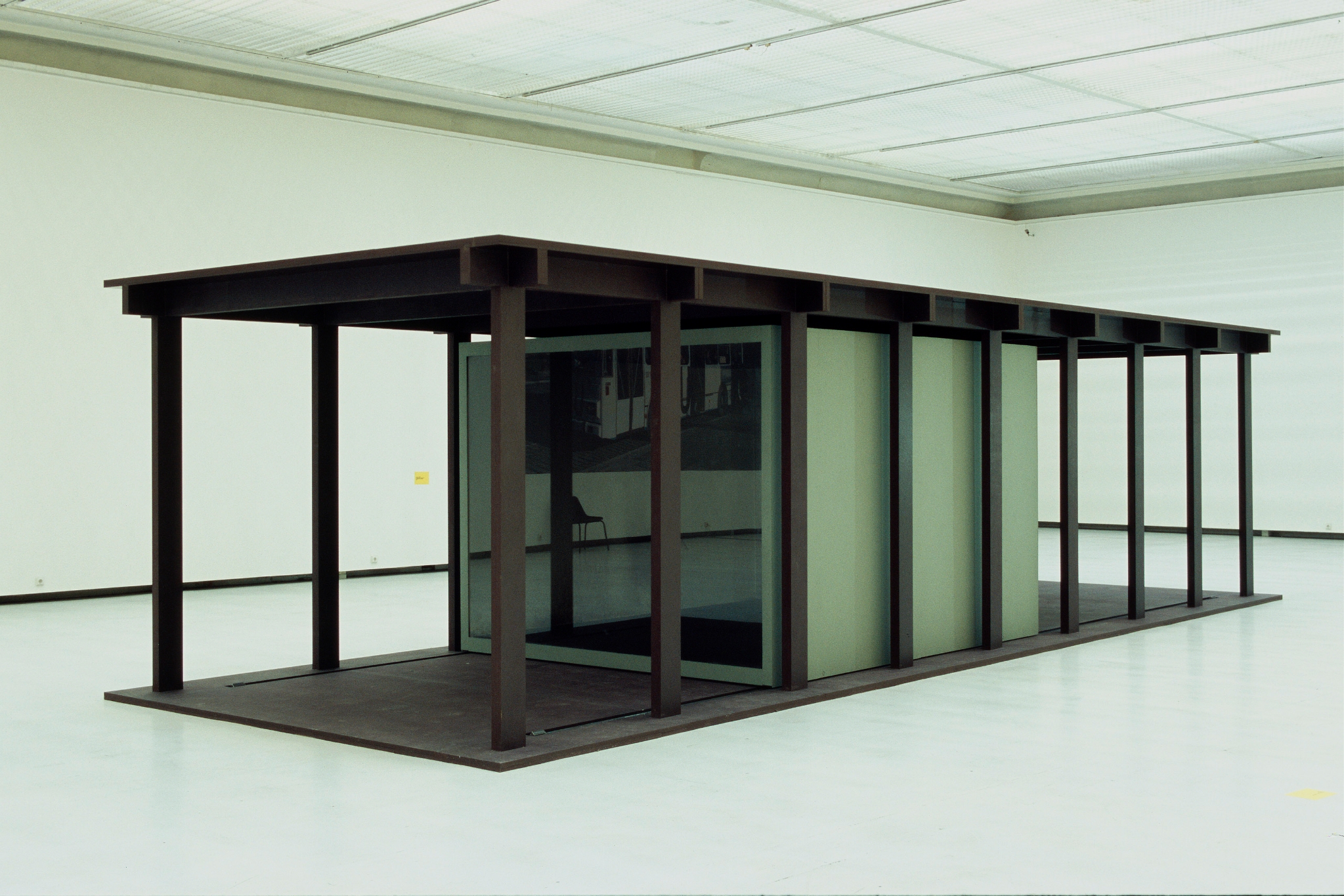 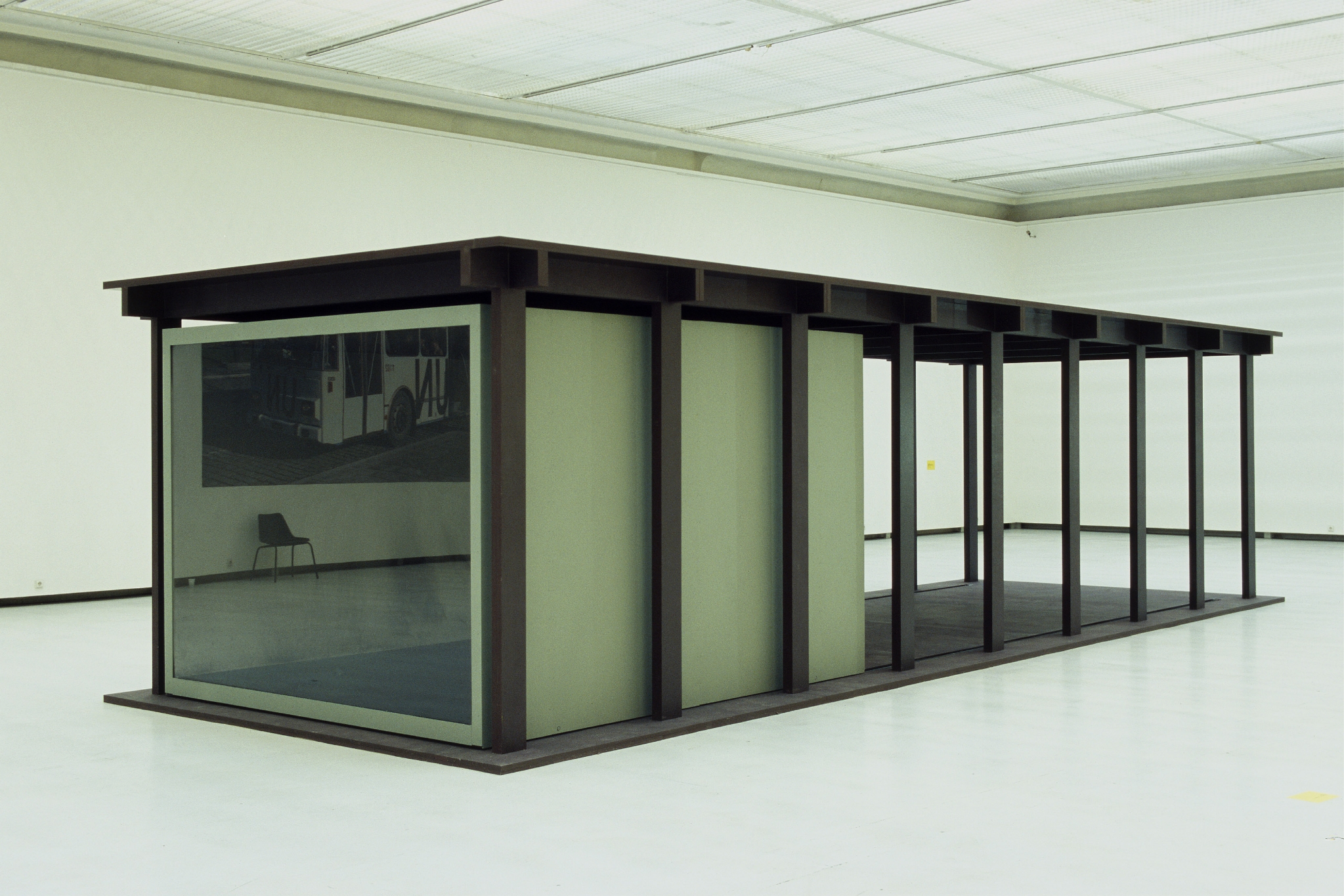 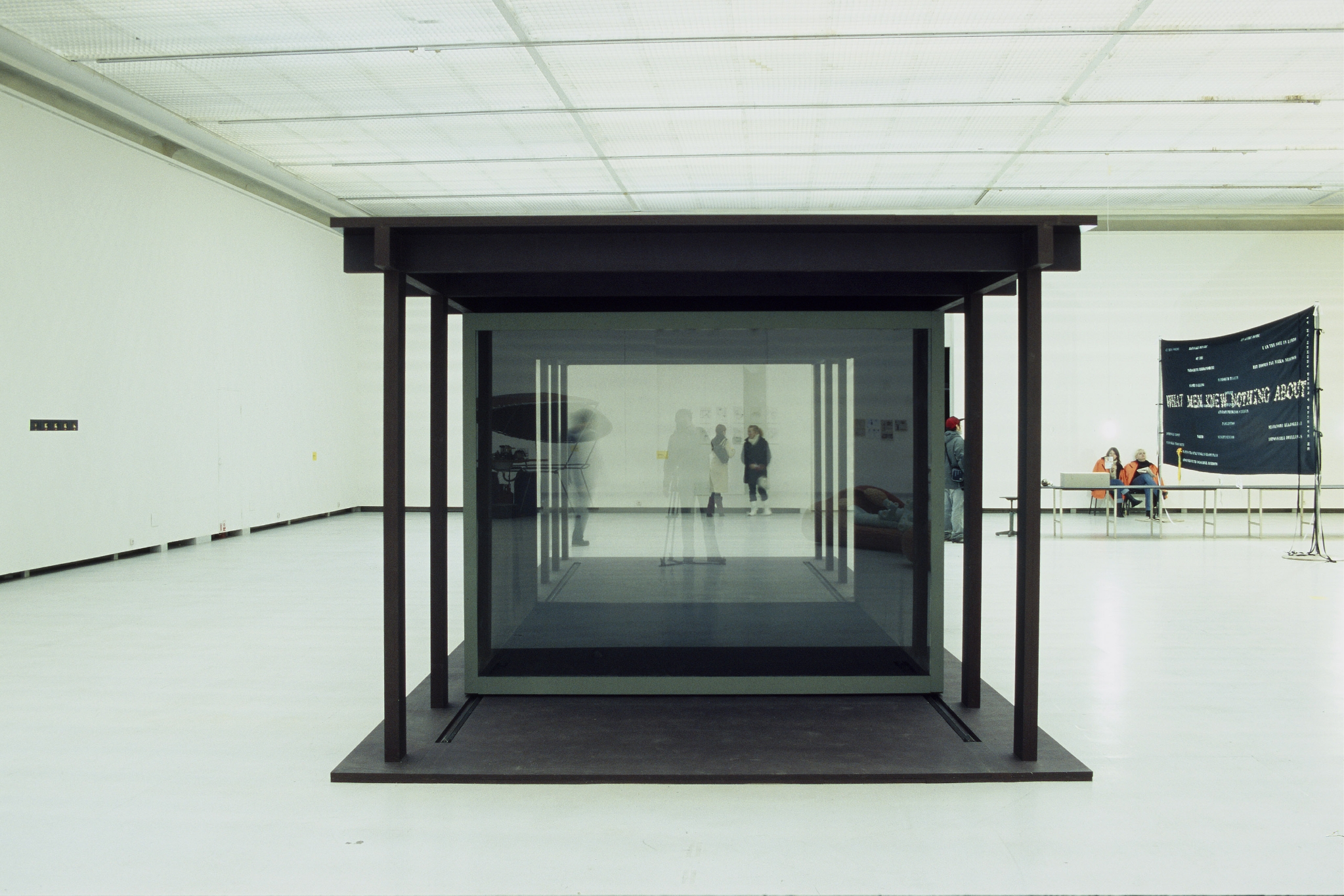 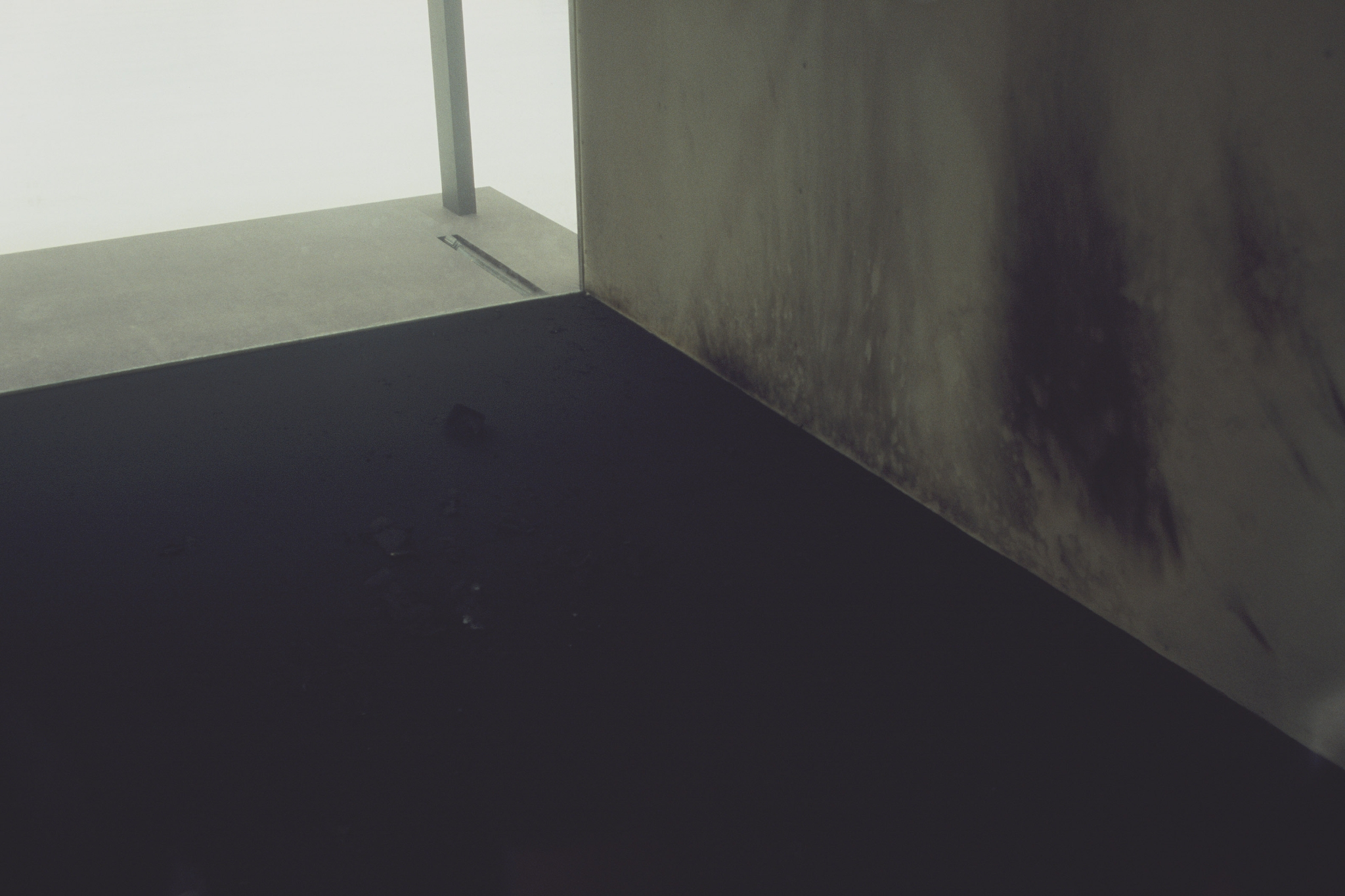 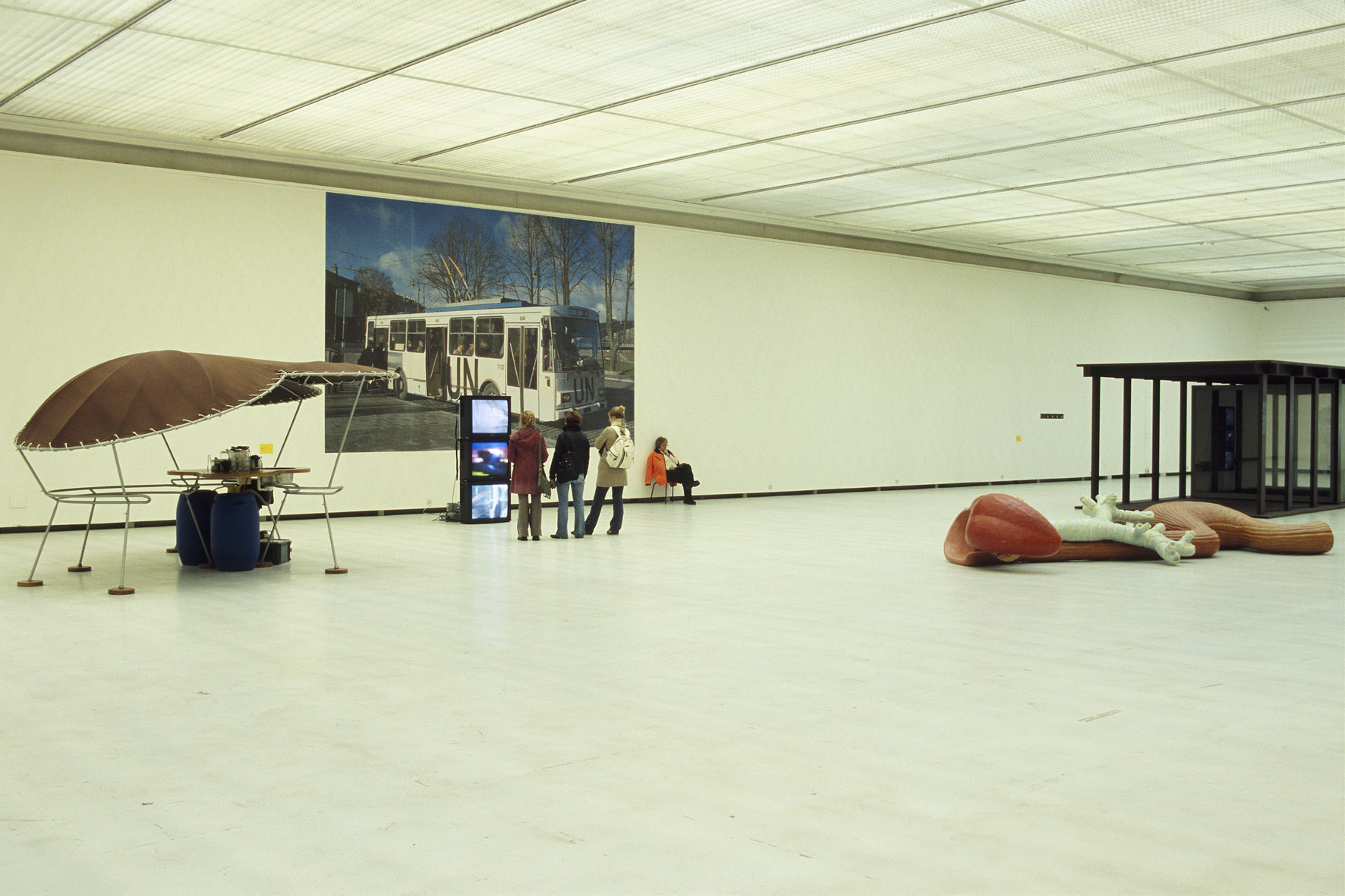 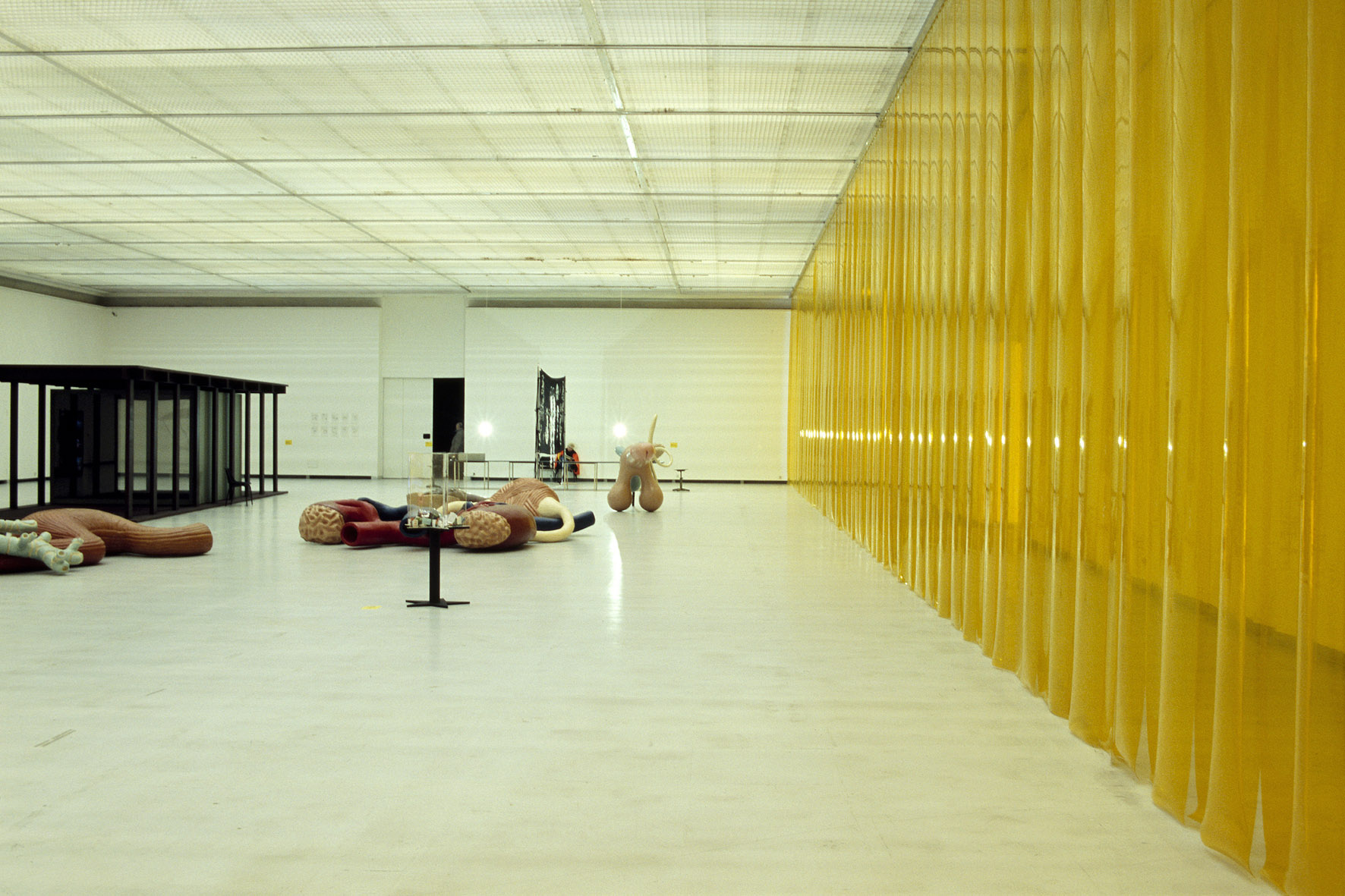 This pavilion-like structure functions as a holder for a partly transparent but inaccessible space. This space is movable on rails within the pavilion. The pavilion’s modernist structure is inspired freely by the architecture of the Contemporary Art Center, which is built in a late modernist tradition. The space on wheels shows the remains of a molotov-cocktail, which was thrown in before the exhibition. The work deals with questions such as: “How strongly does one believe in ones ideas and believes?”, “When is the necessity of violence strong enough to actually use it?”.

As a showcase of the archaeology of an action, the pavilion and its interior exhibits a possible result of strong believes.