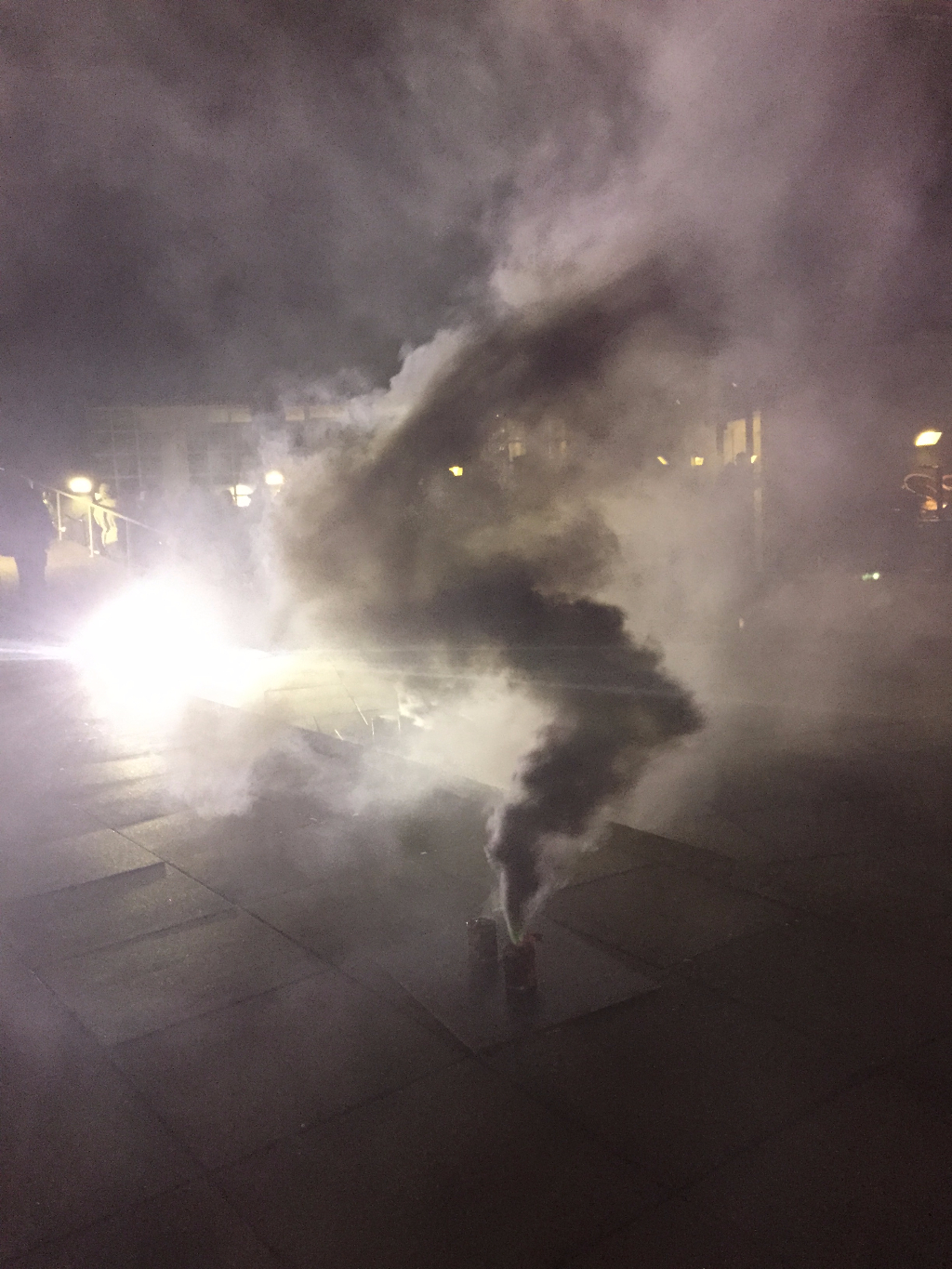 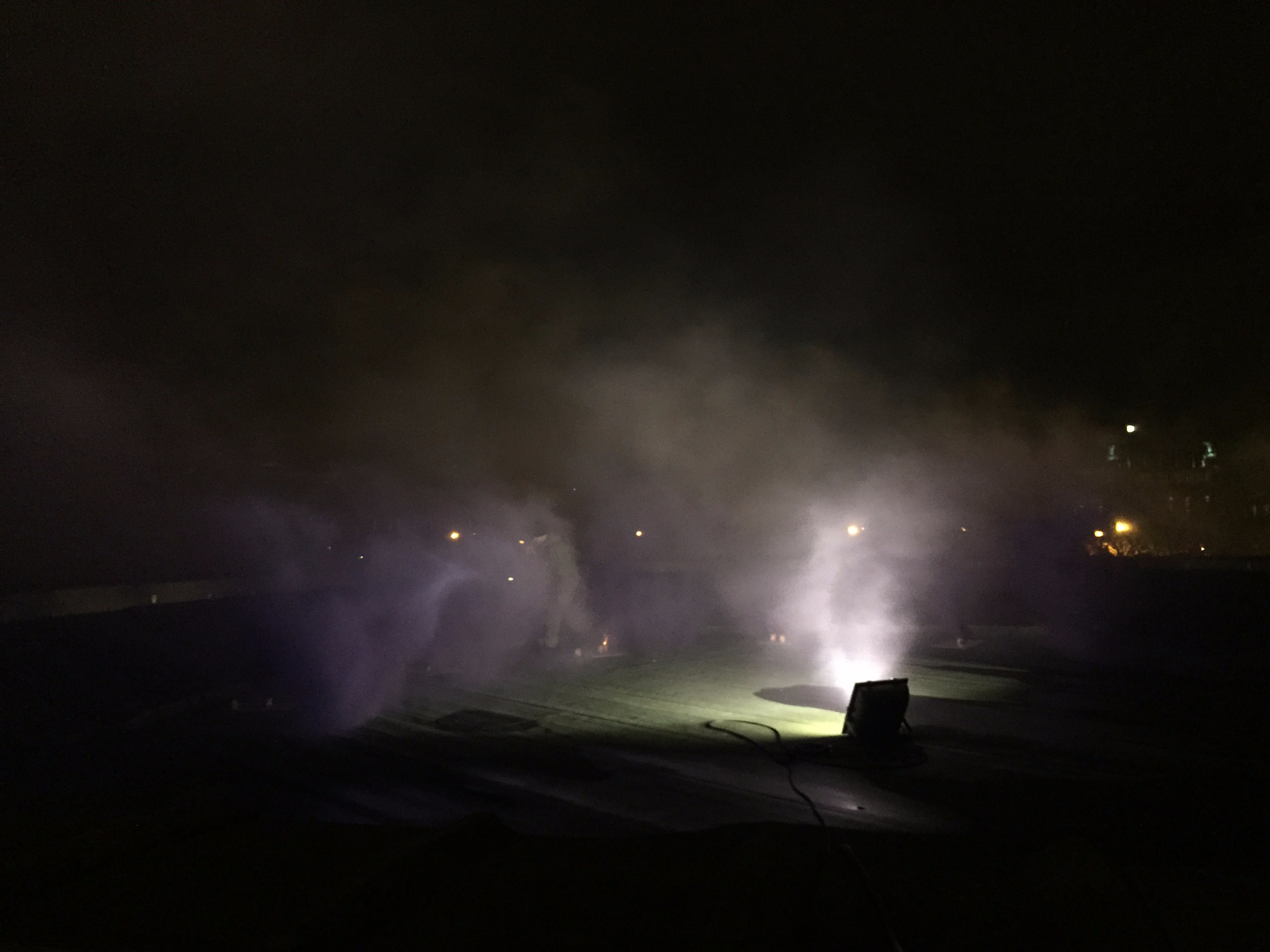 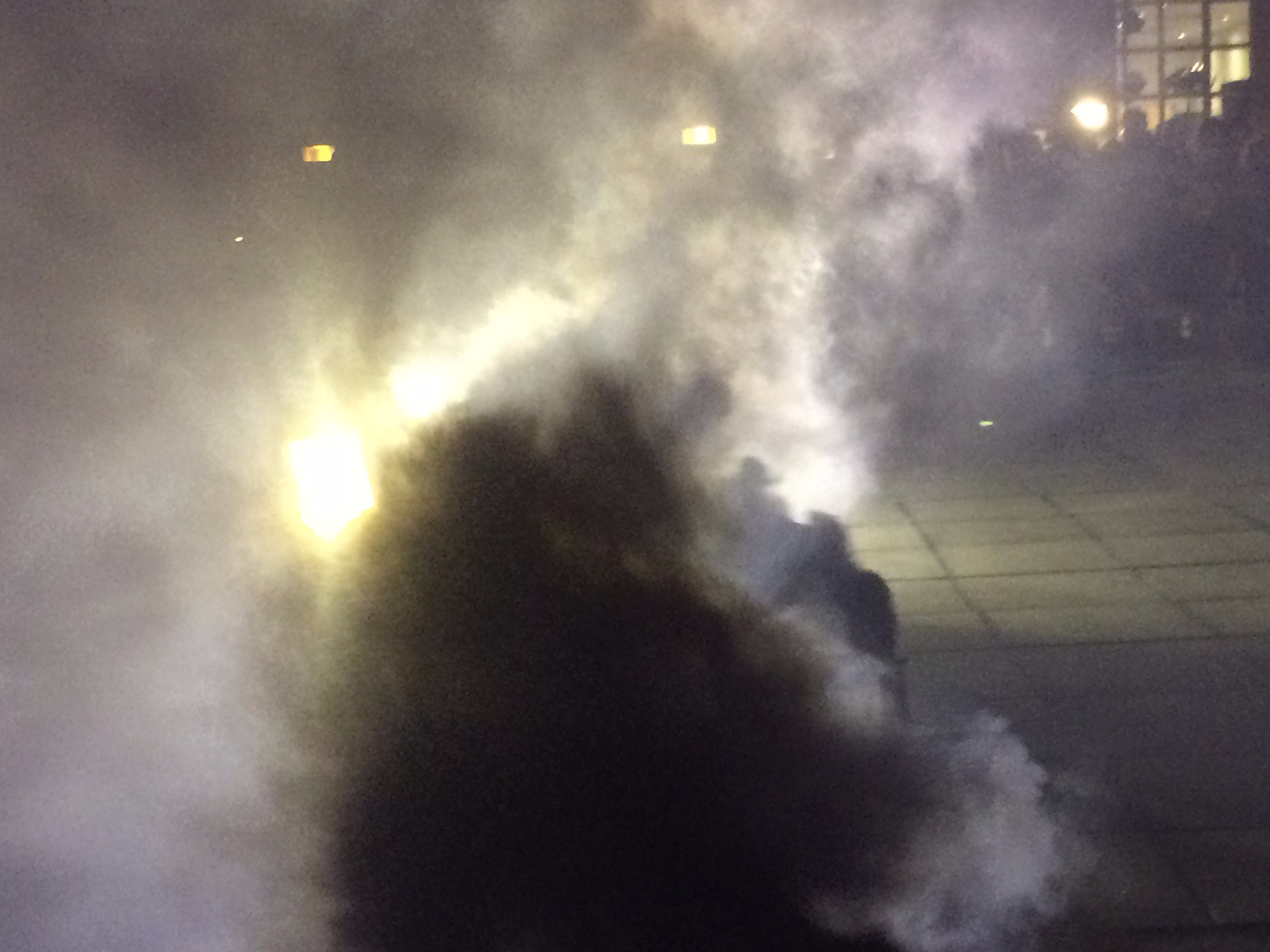 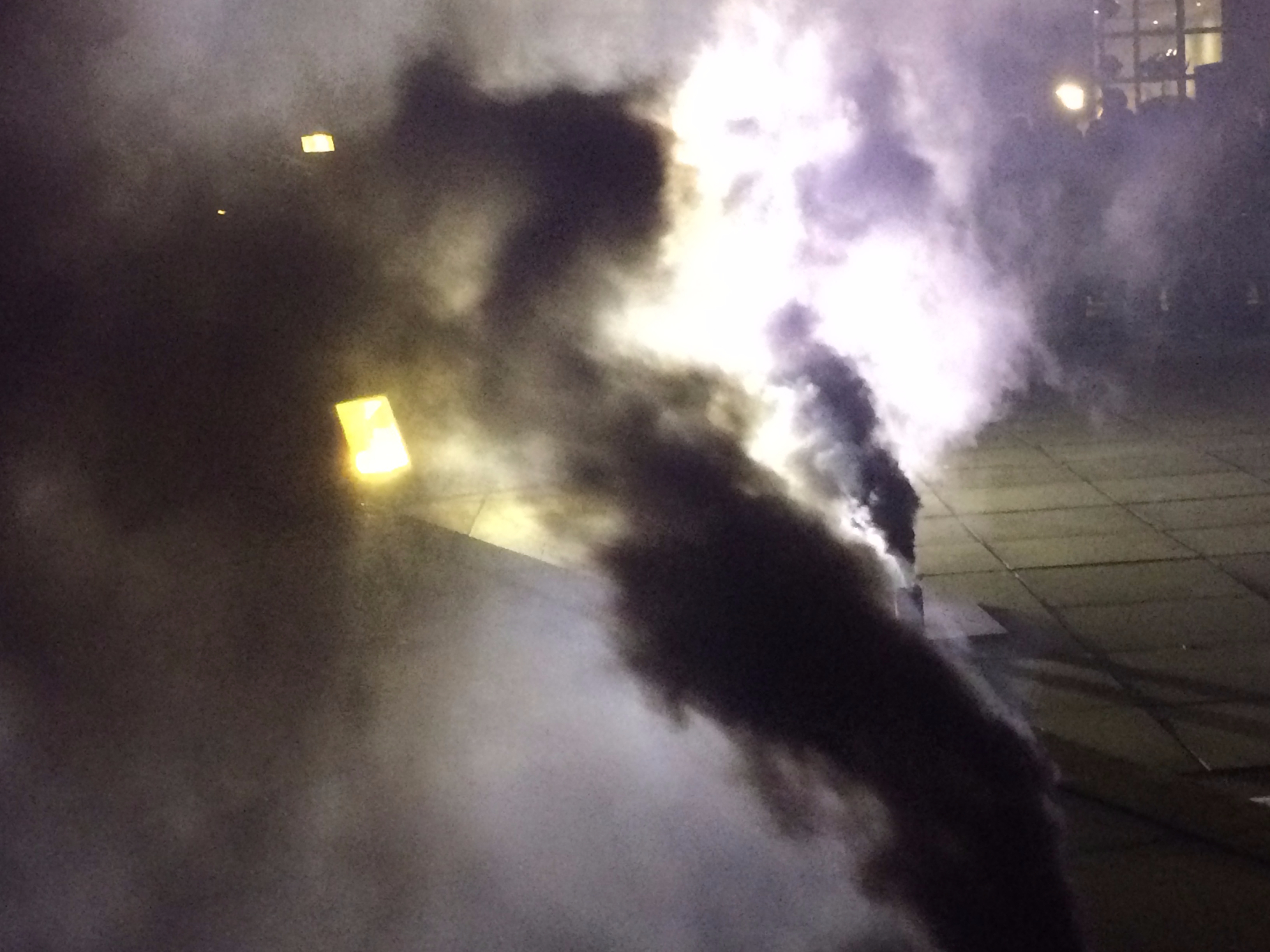 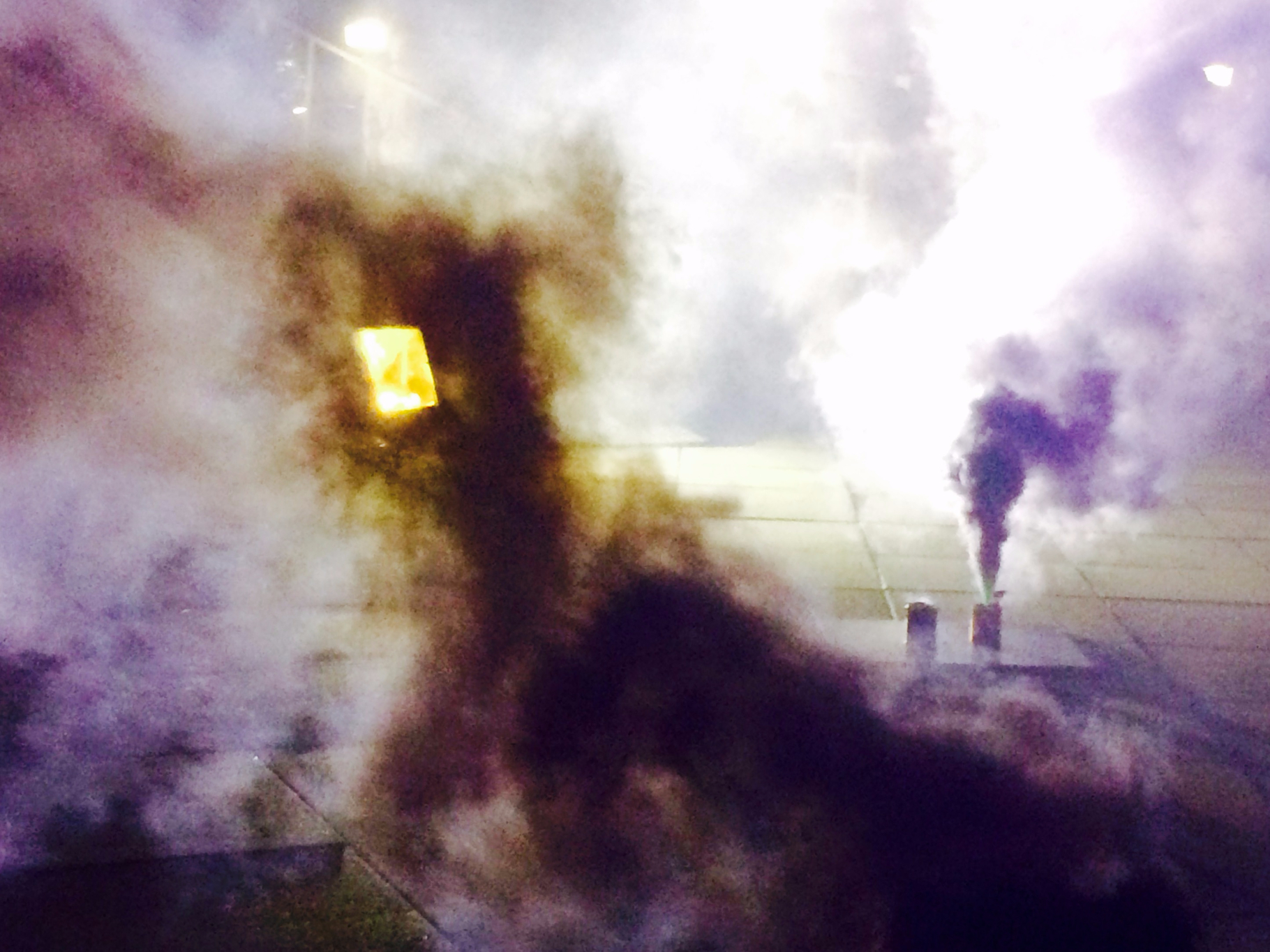 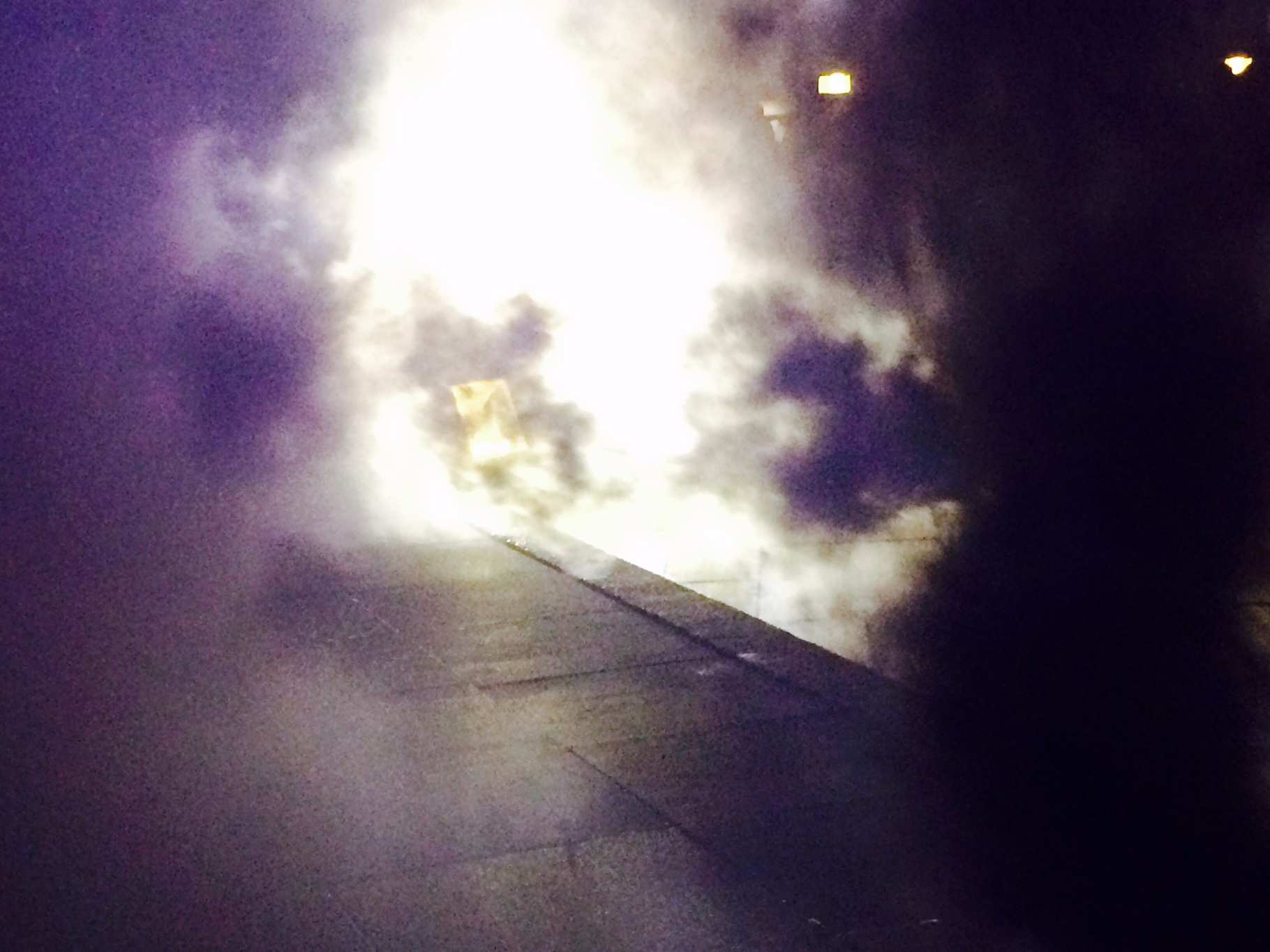 For the yearly celebration of Art’s Birthday (started by Robert Filliou in 1963) organizing NICC Antwerp invited a.o. Witte de With, Rotterdam to curate performative projects in and around the Muhka.

In 2005, when I was an artist-in-residence at Künstlerhaus Bethanien in Berlin, I was intrigued by an event in the history of the Bethanien building. In December 1971 Bethanien was occupied and the reaction of the police resulted in the death of one of the squatters, Georg von Rauch. He was arrested after the police found empty wine bottles, which they said, were part of a bomb-making workshop (Molotov cocktails). I proposed a performance on the roof of the Bethanien building with coloured smoke as if Bethanien would be on fire but at the same time it would seem to be a festive celebration. Occupying the building in a visually violent manner to protect and celebrate the free community use of the building. The performance was cancelled because of formalities.

Since I found the starting point for Art’s Birthday so ambiguous I proposed a staging of the performance on the roof of the museum in Antwerp.

Seconds after the end of the performance three cars with fire fighters stopped at the museum. Belgium was in the highest state of alert after severe terrorist threats and the shoot-out in which two suspects of terrorism were killed the day before the performance.