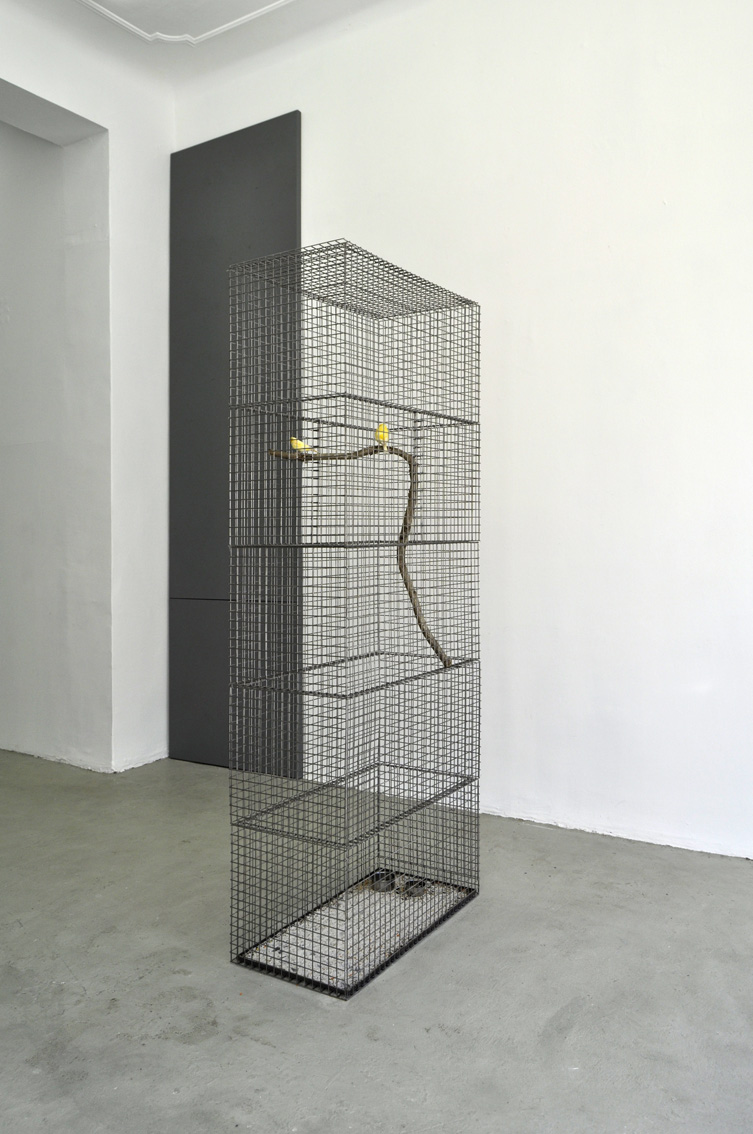 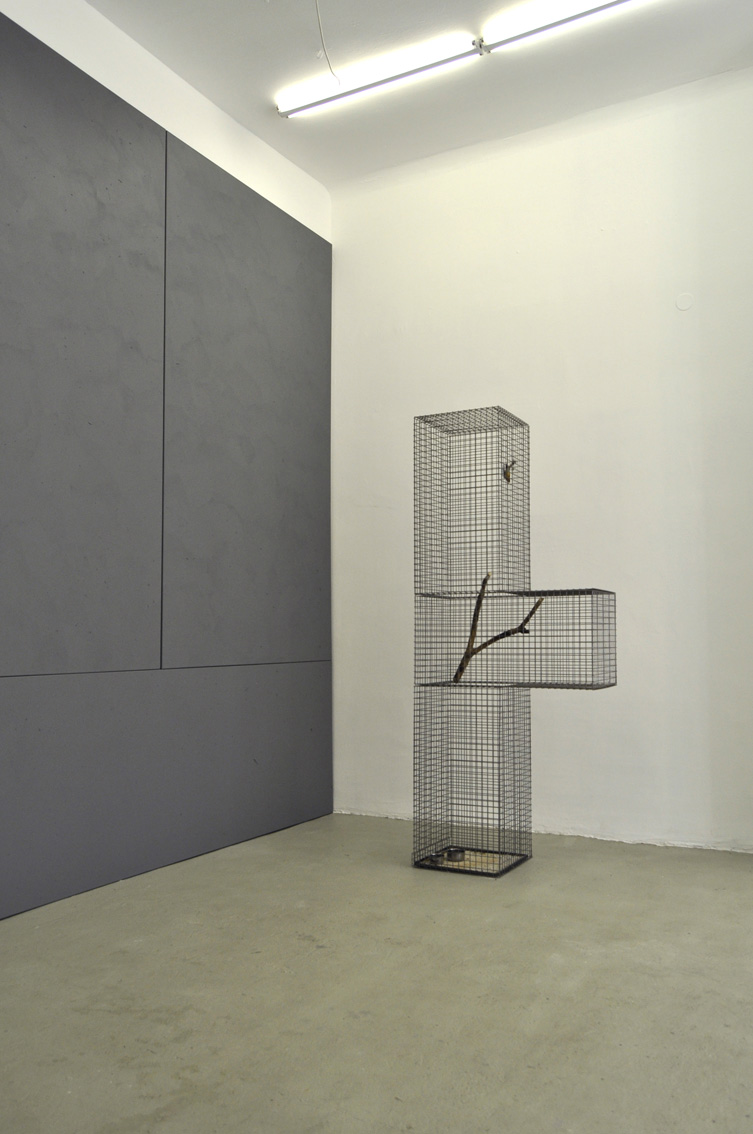 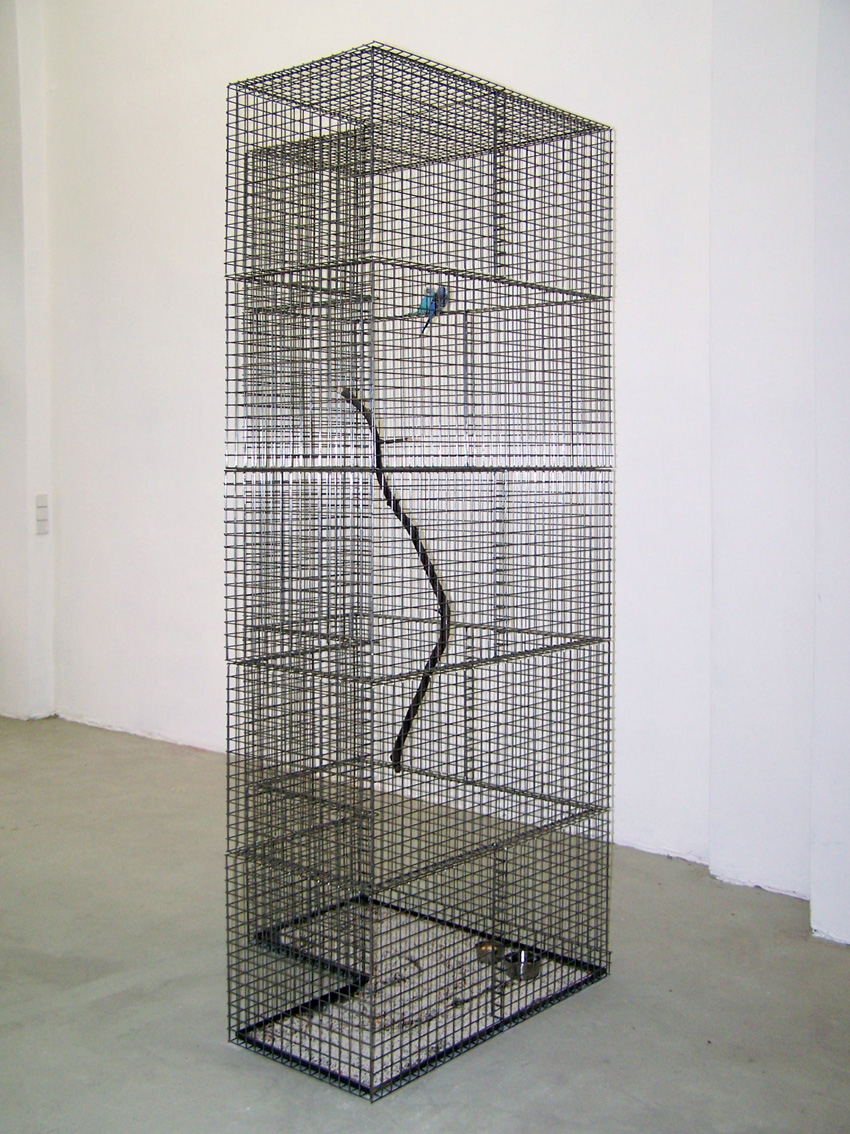 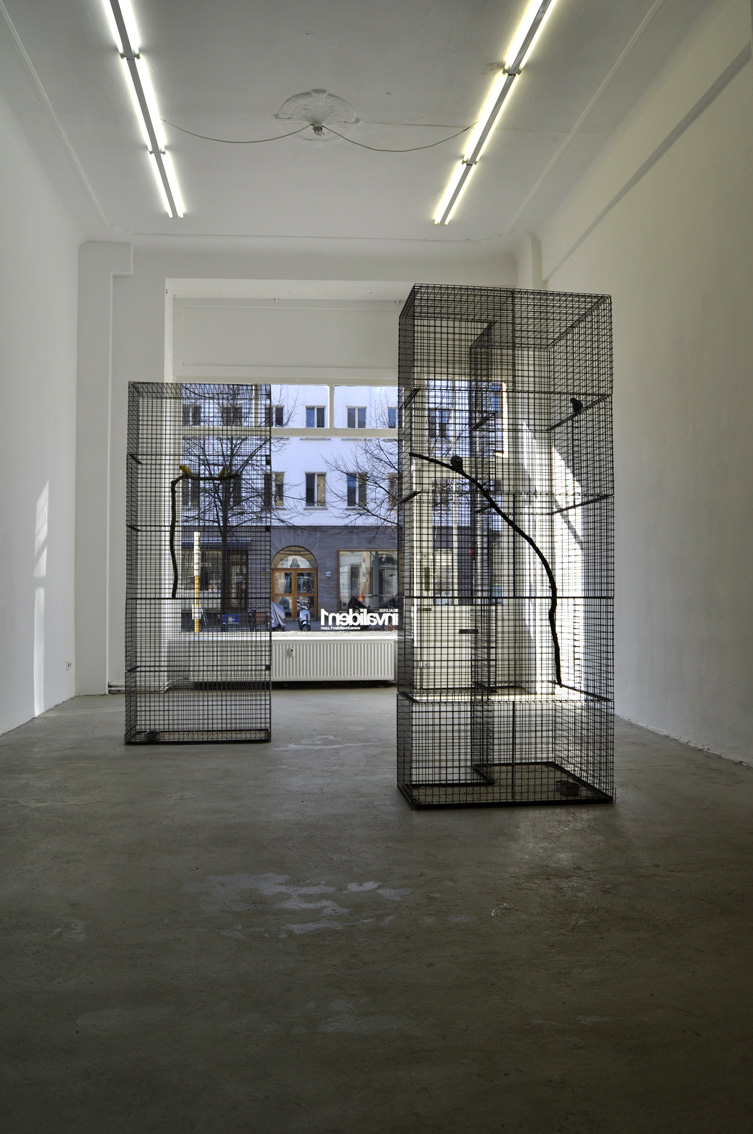 Invaliden1 is very pleased to present a solo exhibition by Lucas Lenglet. Although based on

architectonical approaches, his oeuvre extends over a range of materials and media including sculpture,

photography and painting. His site-specific project no cage presents one of the leading concerns in the

work from Lucas Lenglet, staged architectural forms as point of departure for reflections.

Lenglet’s interest in the architecture of safety led him to question the boundaries of safety zones, which

His constructions let see a inevitably and clear distinction between the inside and the outside. The space

is parcelled up, keeping the protected one inside. As Foucault pointed out in “Discipline and

Punishment” (1975), the forms of such safety zones are the ‘petrification of unsaid social technologies of

prison, and the prison a safe enclave.

Lucas Lenglet transcribes his own statement on this issue by making use of birdcages. A cage is

surrounding space. It is physically inaccessible for us, but not for our gaze.

In a way, this turns the cage into a showcase and makes its content exhibited.

It occupies time and space while showing both form and content. On the other hand, a cage easily

blends in with its surroundings by means of its transparency. The transparency could disguise the fact

that the cage actually holds its content in captivity.

No Cage directly relates to previous works by Lenglet, among them his project Voliere for the Rosa-

Luxemburg-Platz in Berlin (2007). In this Lenglet isolated 8 m3 of public space by installing a bright red

birdcage in a neglected shrubbery next to the main square. In reference to a letter Rosa Luxemburg wrote

summer. By creating a beautiful frame for something – the birds in the urban green – which is always there

the artist reflected on the nature of human perception. On general level he raised questions about the

native and the foreign, about the exotic and the indigenous, implying political connotations about human

migration and the laws applied to those seeking asylum or simply a better live.

For invaliden1, Lucas Lenglet created an environment with parts of painted wall-coverings as a hint of

domesticity. Smudged domesticity it is, wiht means of abstract references to the damsk covered walls so

forms in the gallery, confronting the canvases. The forms could be enlarged architectural models. It is an

Lucas Lenglet (Leiden, 1972) is an international artist based in Amsterdam. He has had solo presentations

or Künstlerhaus Bethanien (2006, Berlin) and he participated in group shows amongst others Why do you