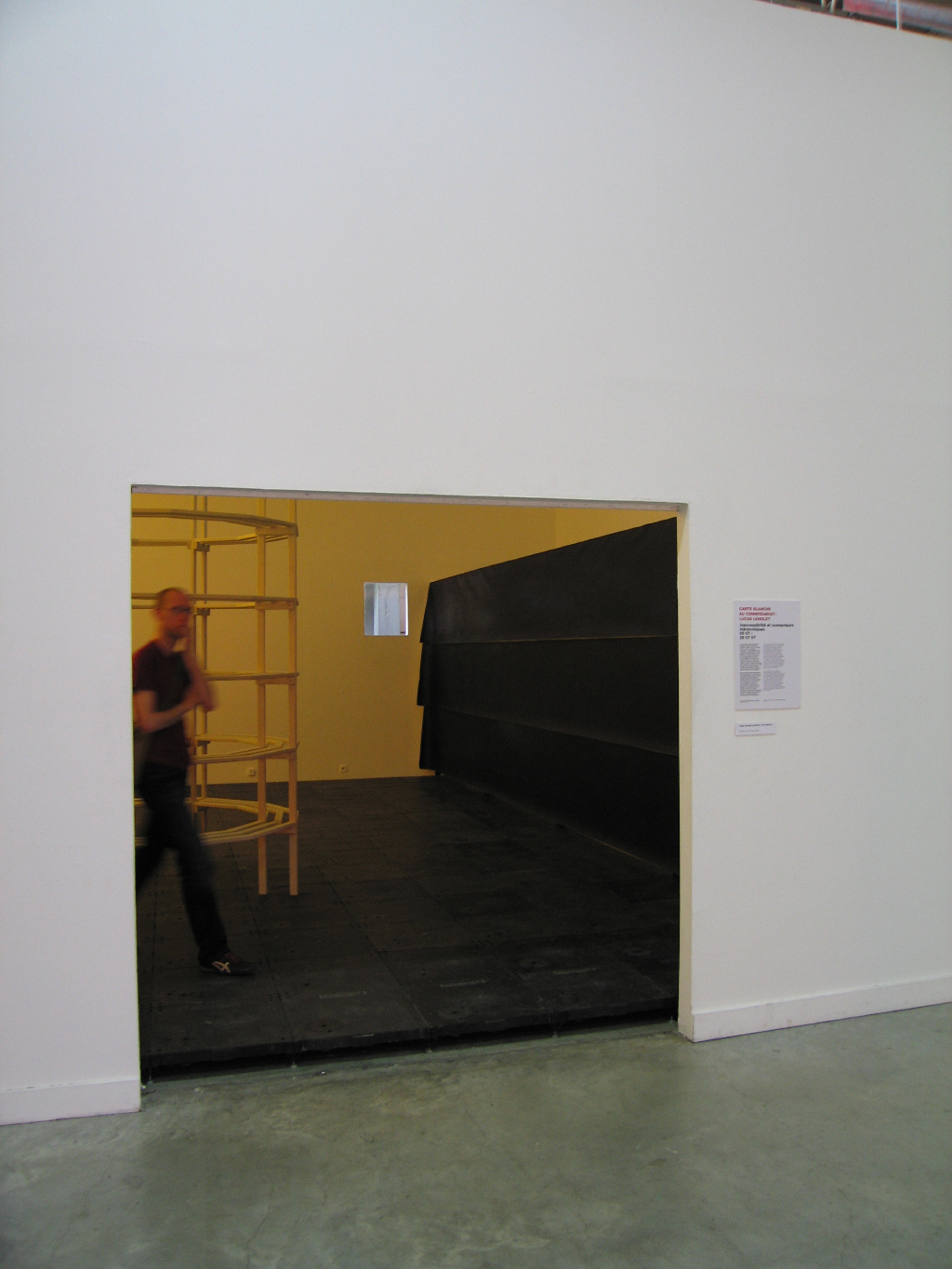 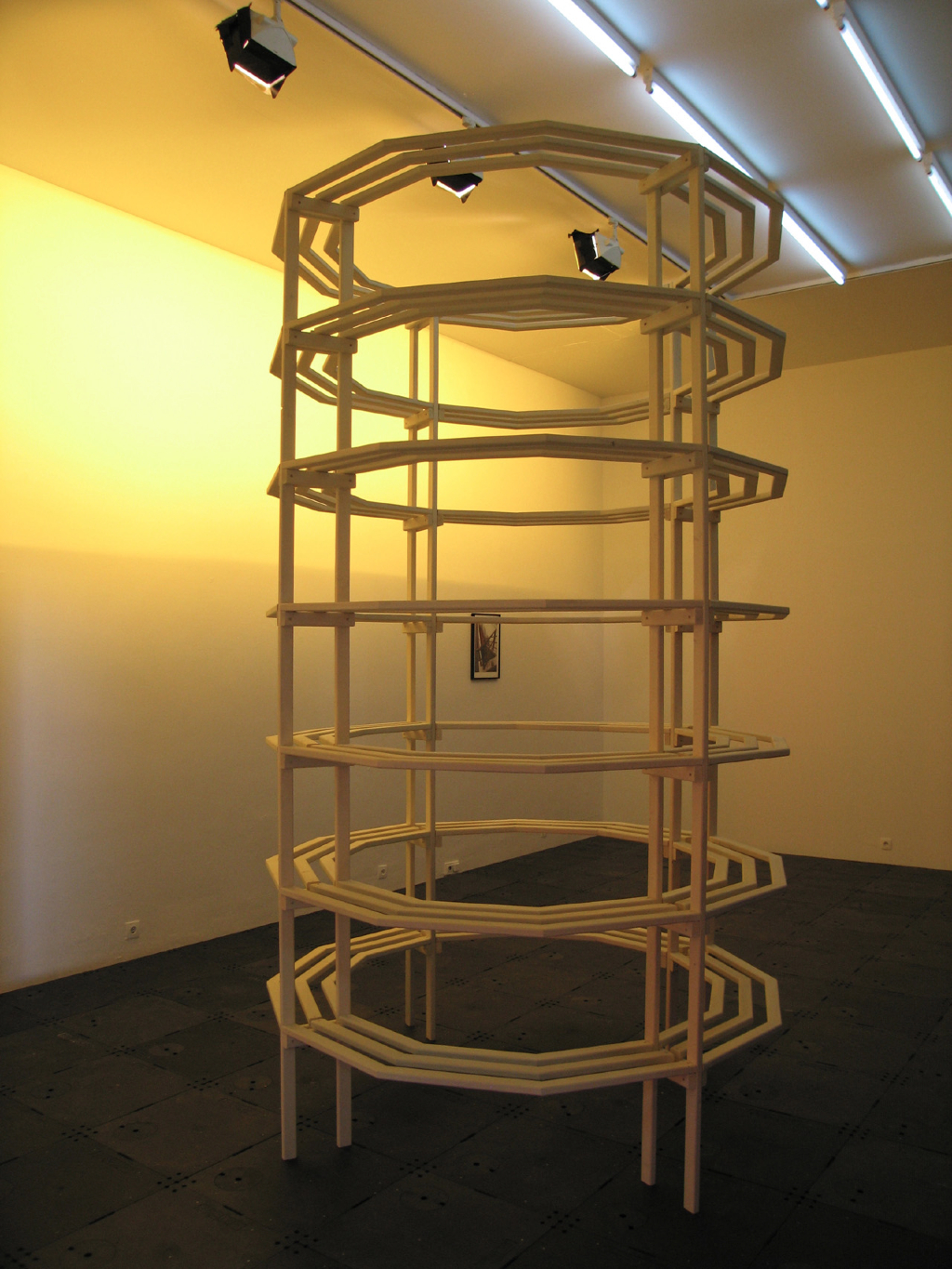 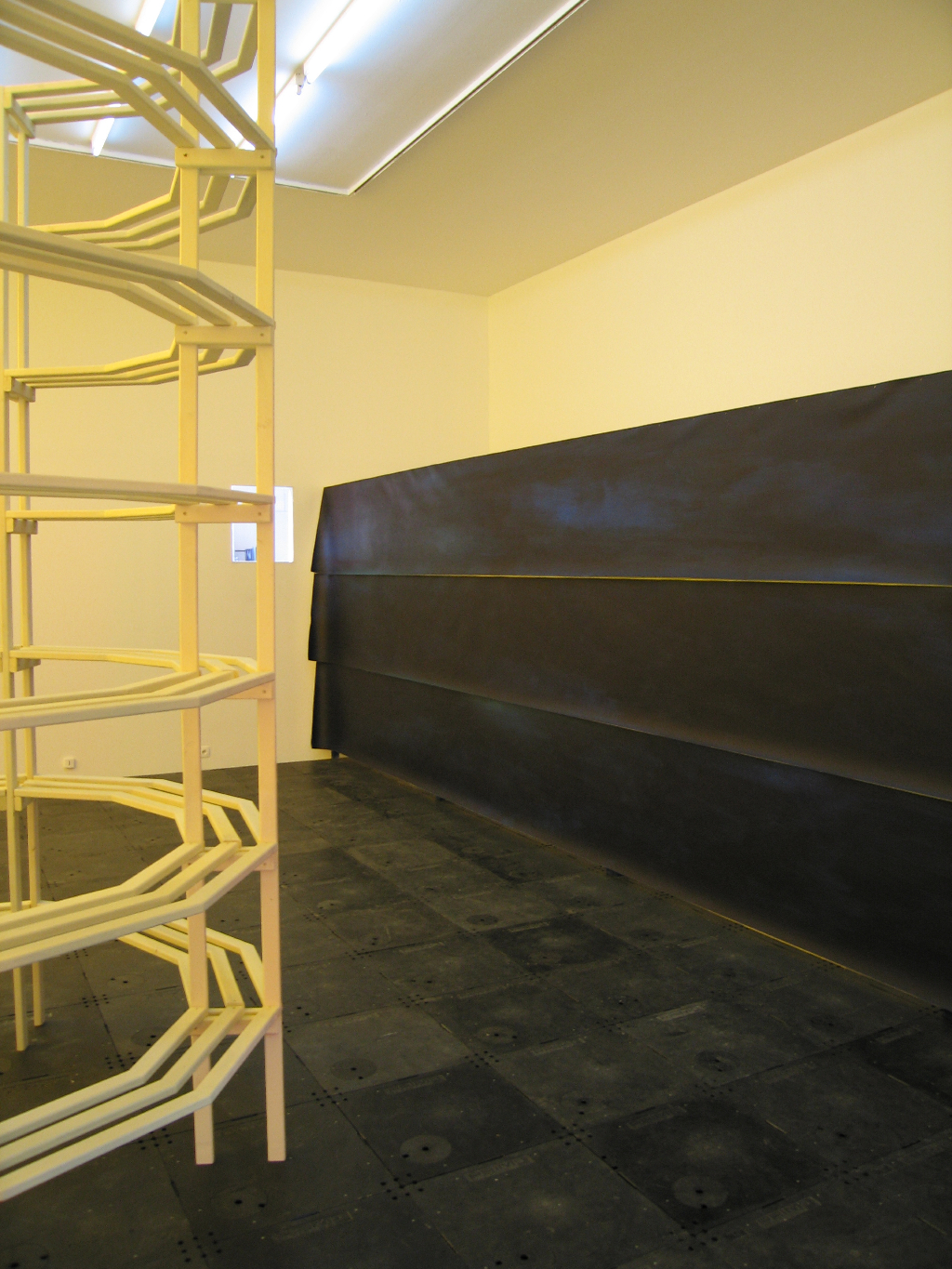 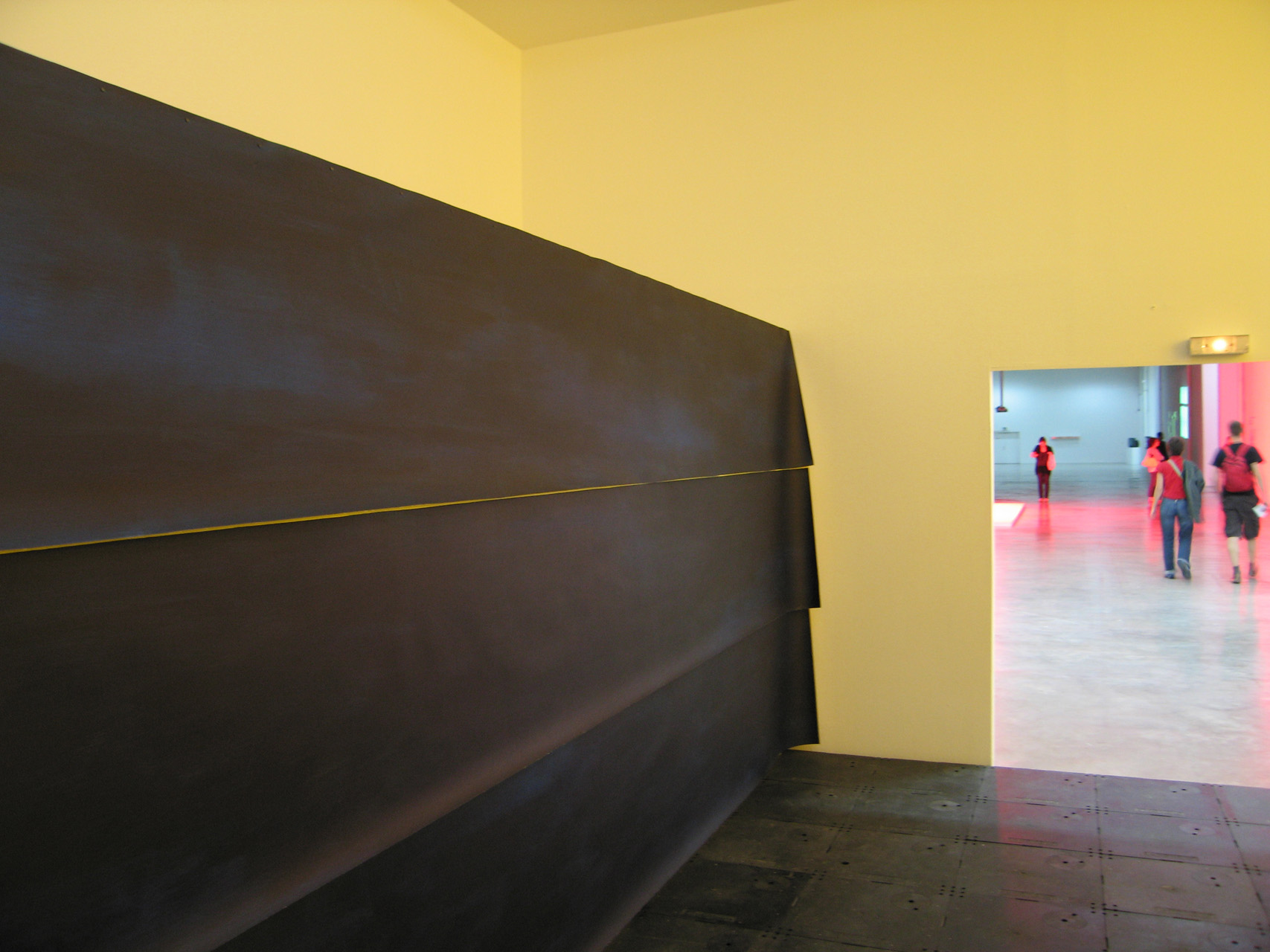 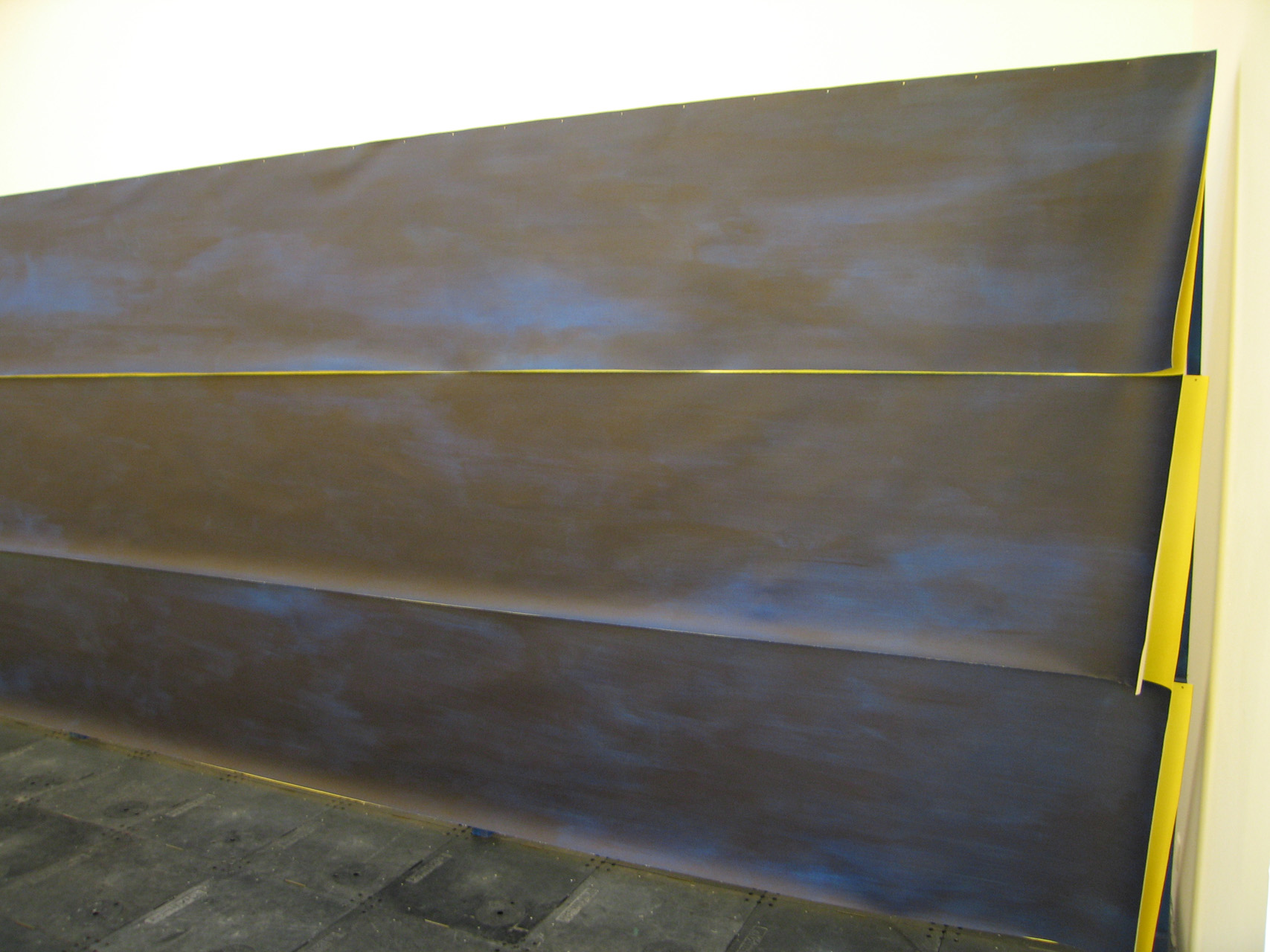 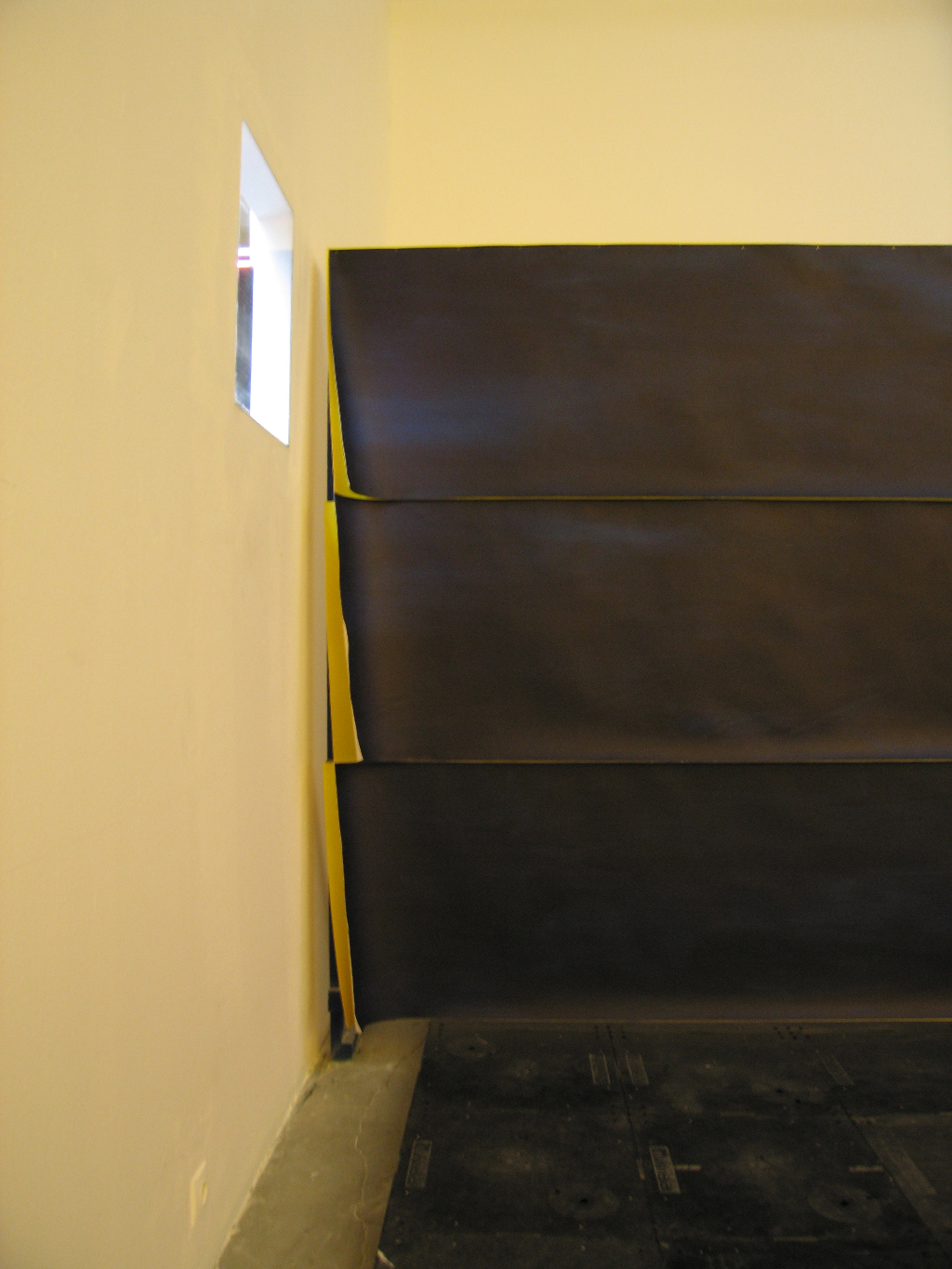 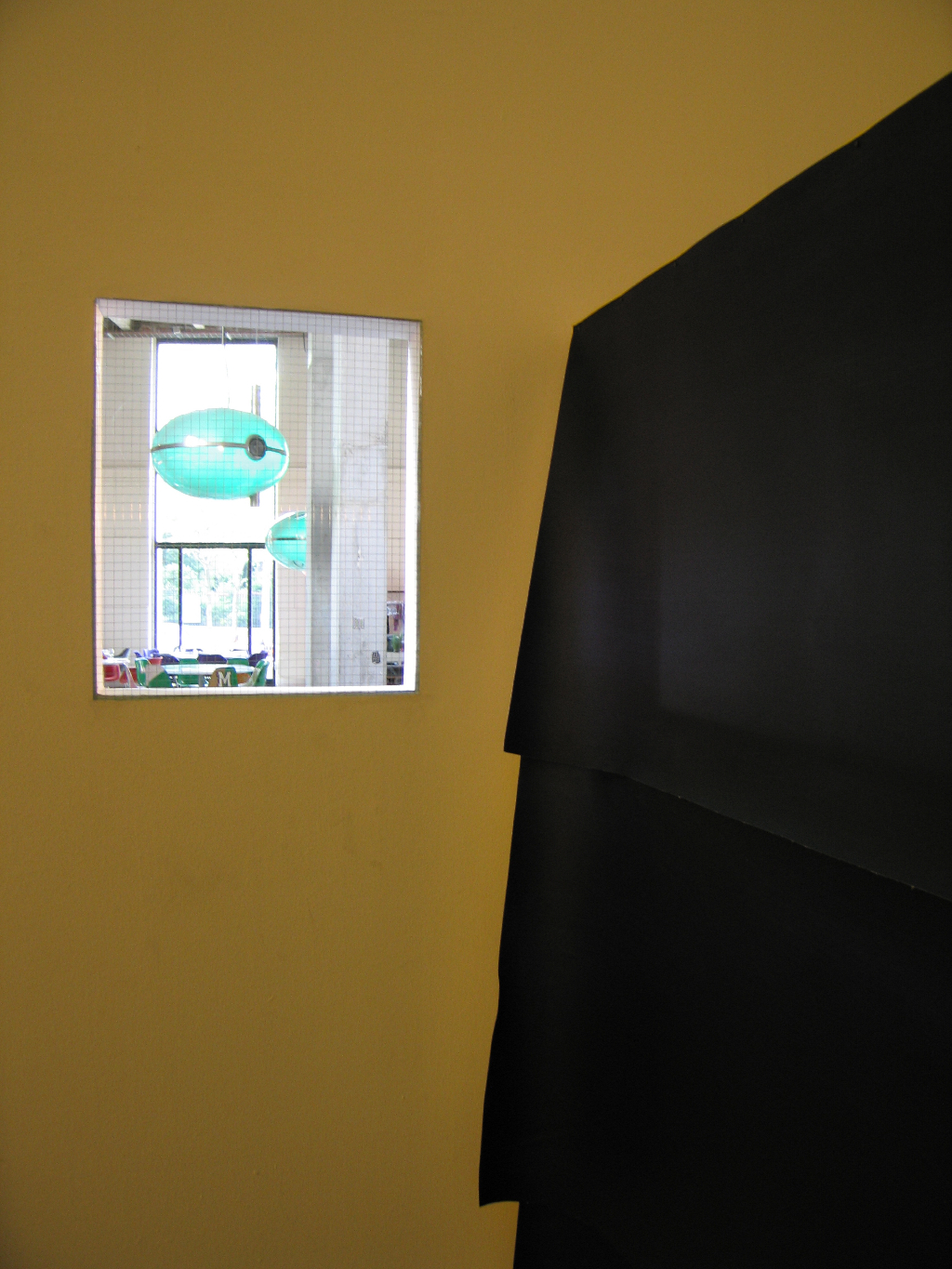 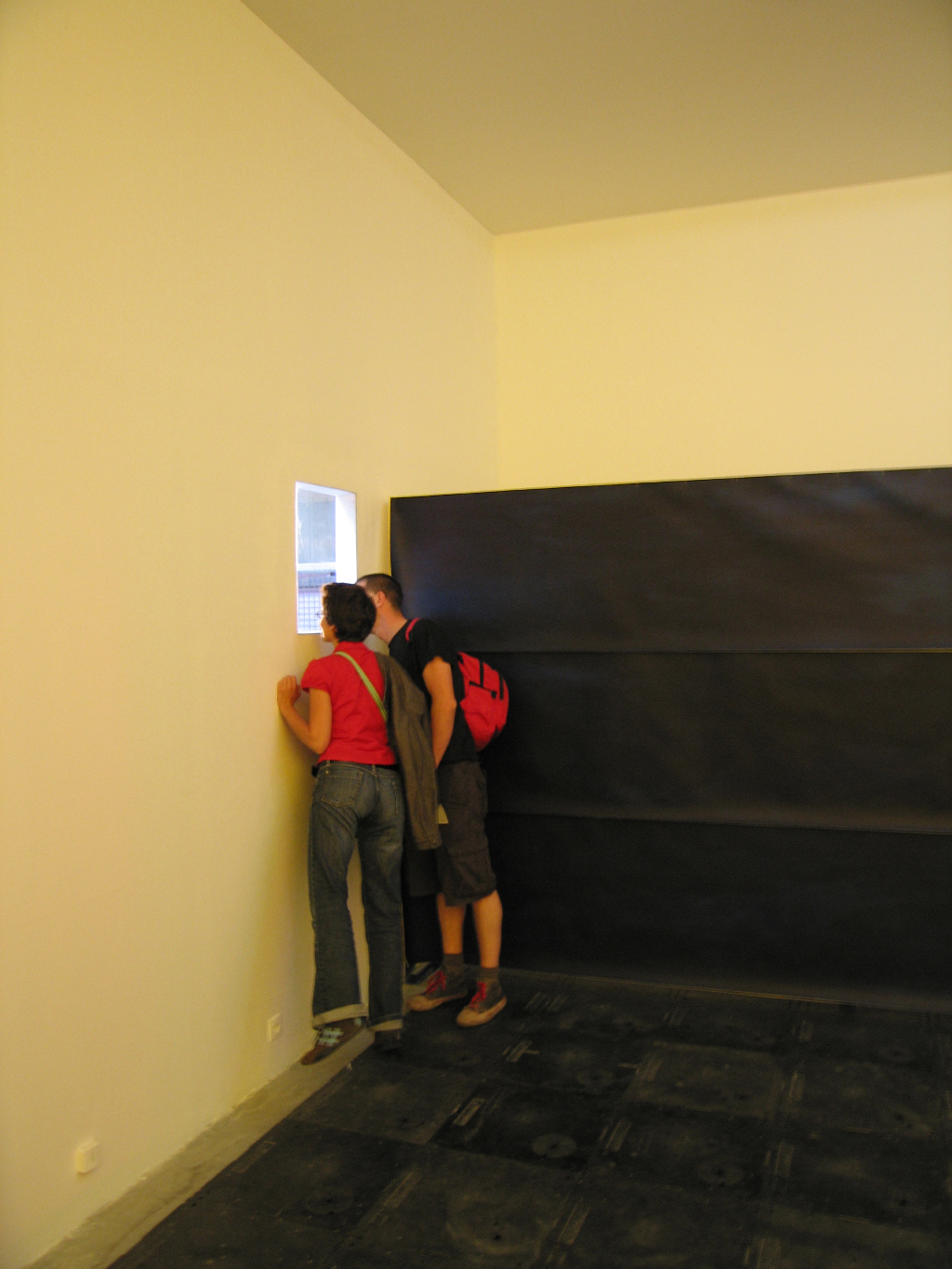 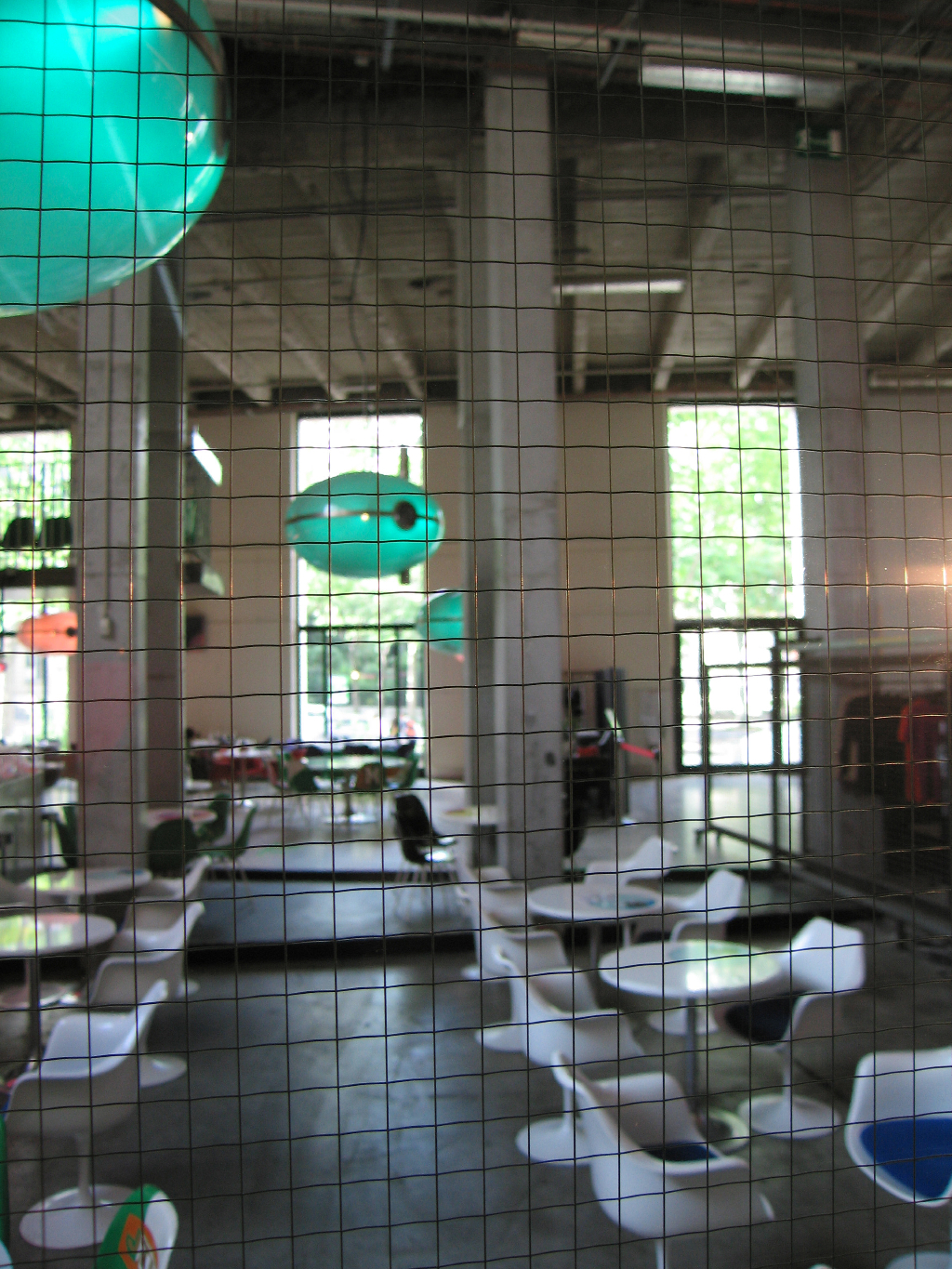 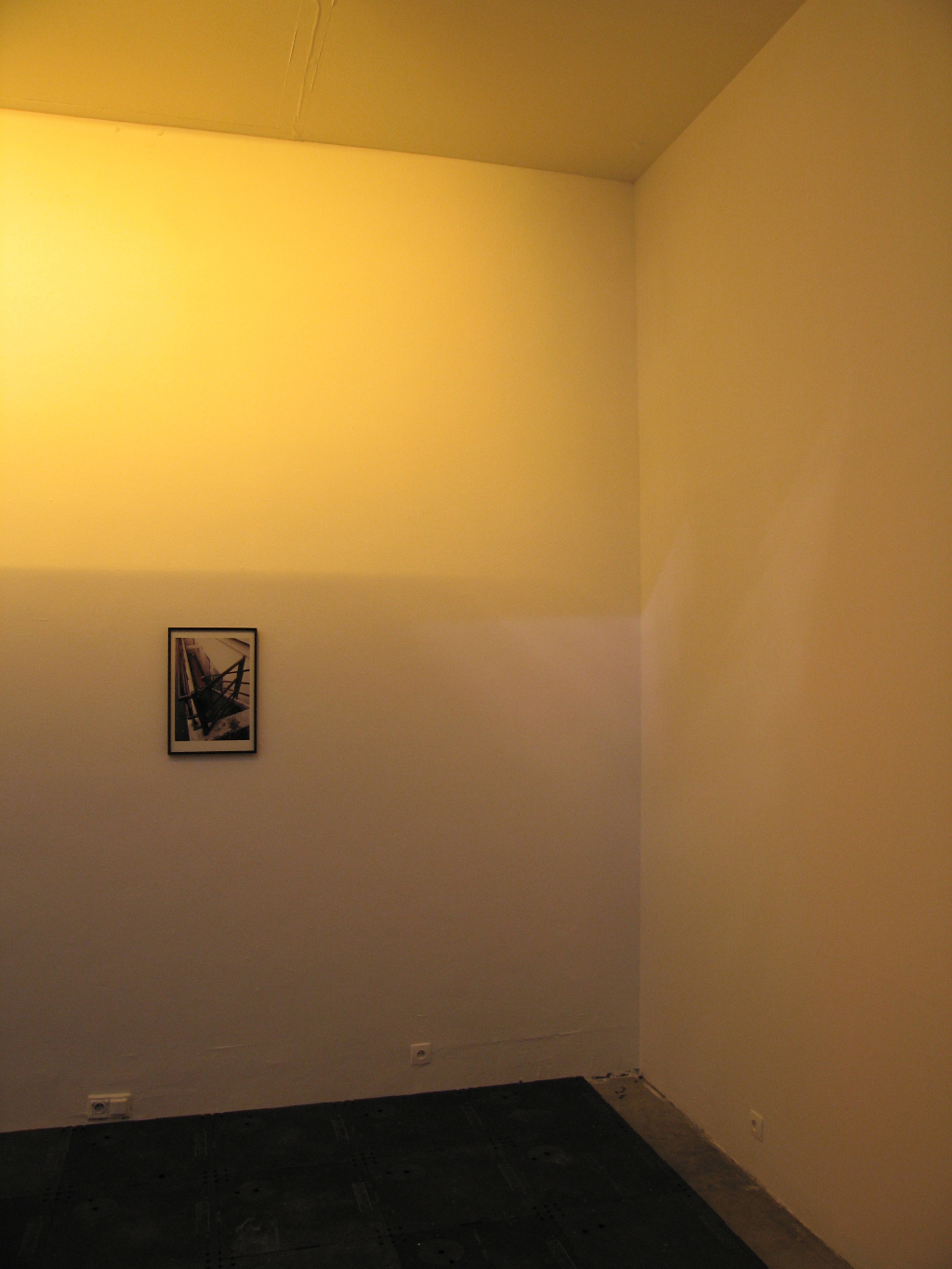 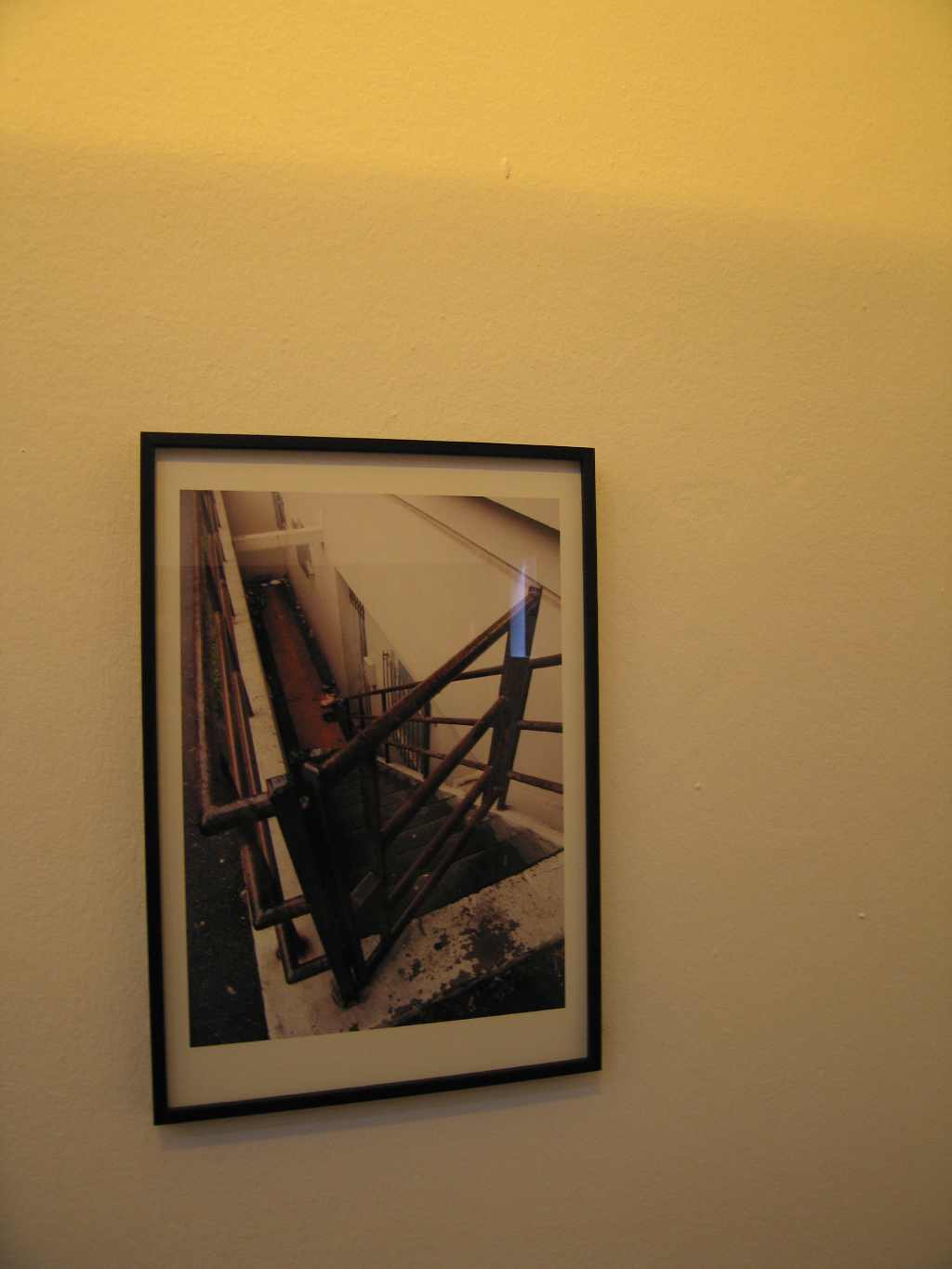 The Palais de Tokyo offers carte blanche to Le commissariat in the context of its modules – monthly exhibitions open to young artists and curators and to special projects. Lucas Lenglet, a Dutch artist, presents an installation, shown here for the first time, and an artist’s book, devised as a satellite to the exhibition. The installation consists of five independent elements forming a whole, oscillating between architectural forms and mysterious images: shelves forming a closed circuit, a photograph of a staircase, a window overlooking the restaurant of the Palais de Tokyo – all considering the architecture of the place and its function from a different perspective. The title “Inaccessibility and hierarchic connectors” alludes to a question that is recurrent in the artist’s work: how does the architecture of a place define its security and its accessibility? The question of means of access – connectors – goes beyond the context of mere practicality: corridors, doors or stairs are so many elements leading to the unknown. As a rule Lucas Lenglet carries out formal research into the space, using it as a medium. He sets out to alter our view and our perception of a space, through a variety of constructions. His work can be seen in the form of commissions, site-specific installations, experiential works; they are all constructions made by the artist with materials from everyday life. Le commissariat, a producer of contemporary art exhibitions, was founded in 2006 by four artists/ curators: Fayçal Baghriche, Matthieu Clainchard, Dorothée Dupuis and Vincent Ganivet. It is a federation based on the skills developed by the associations its founders respectively represent: residencies for artists by Entreprise Culturelle, the seeking of funds and partners with Mayeutik, and logistical assistance in production by Random Research and Rassemblement pour Repeindre. Recently Le commissariat went into partnership with Monografik éditions, publishers, with the idea of co-publishing a collection to be called the “éditions du commissariat”. Le commissariat sets out to devise, disseminate and support high-quality contemporary artistic projects by means of hybrid strategies, calling on a tentacular network, in France as well as internationally.

Lucas Lenglet [1972] Lives and works in Amsterdam and Berlin