every inch is mine 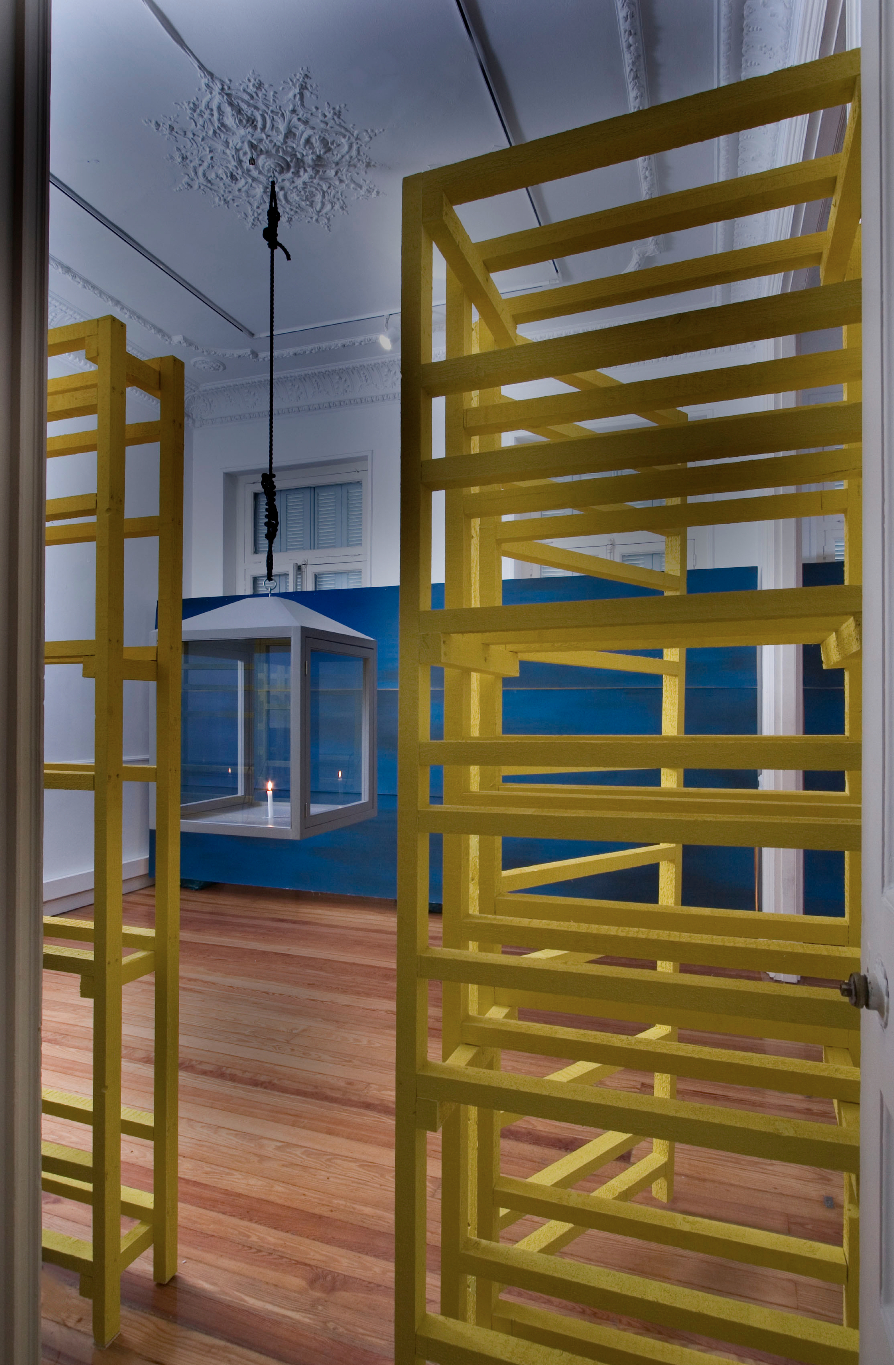 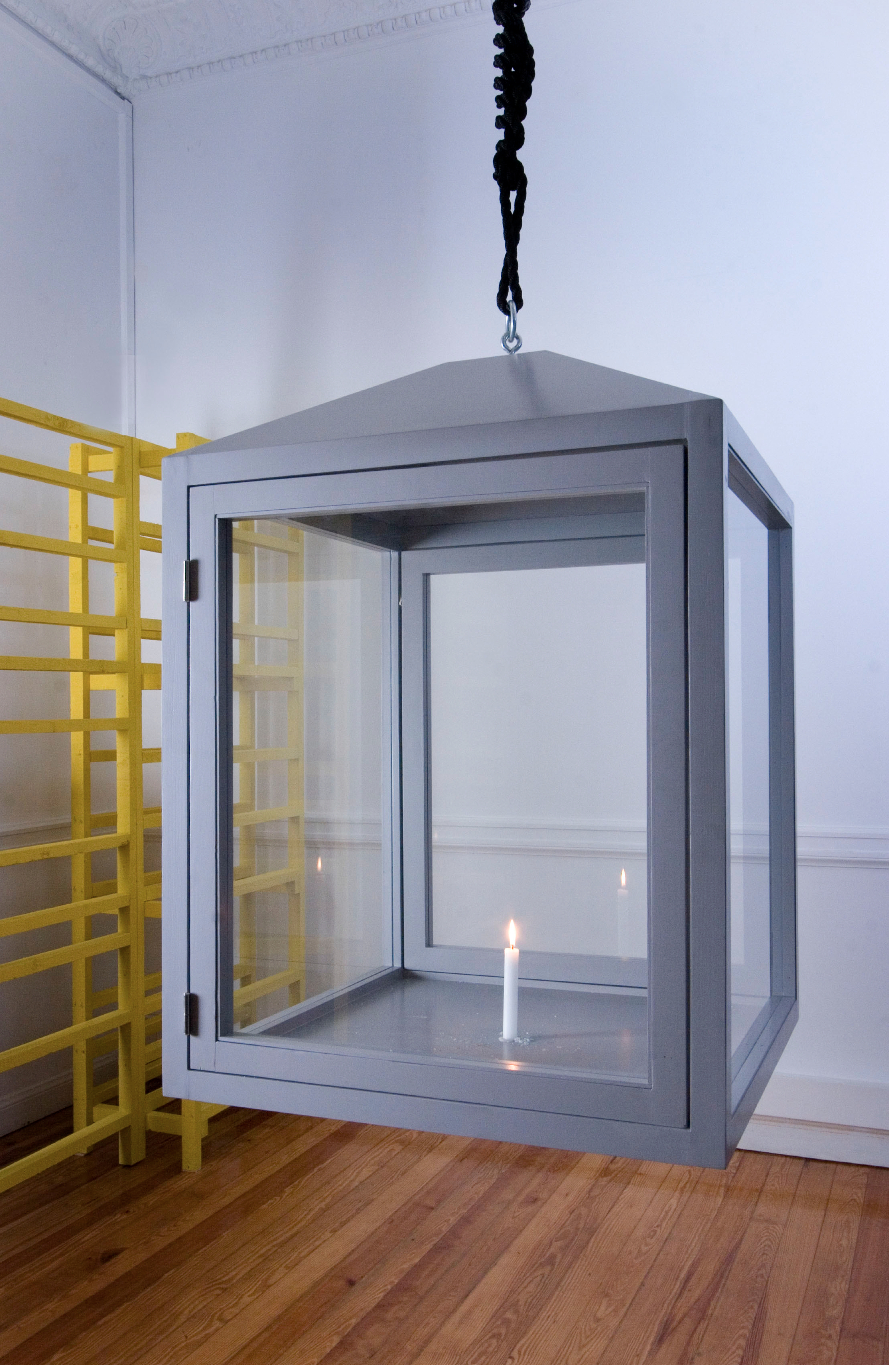 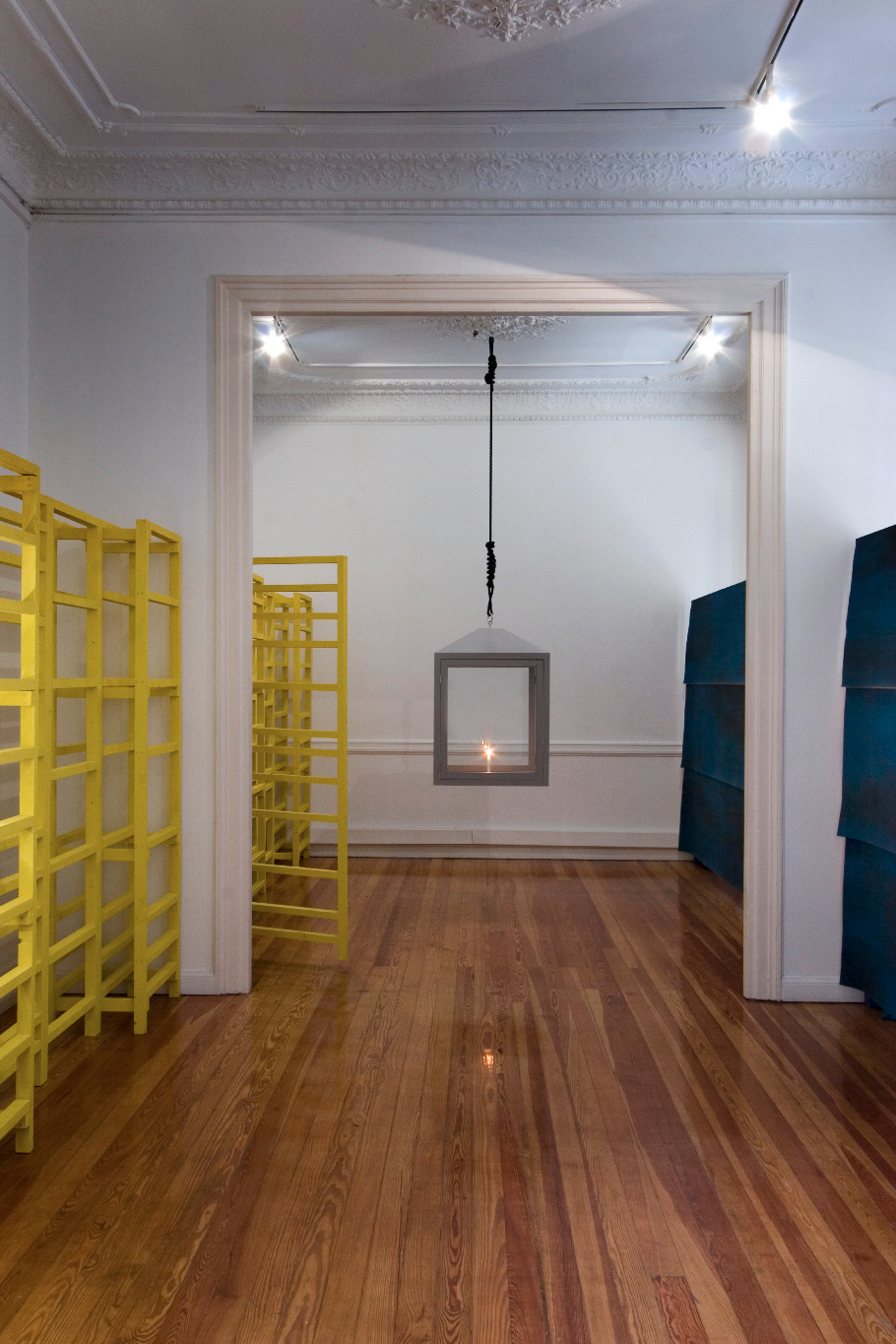 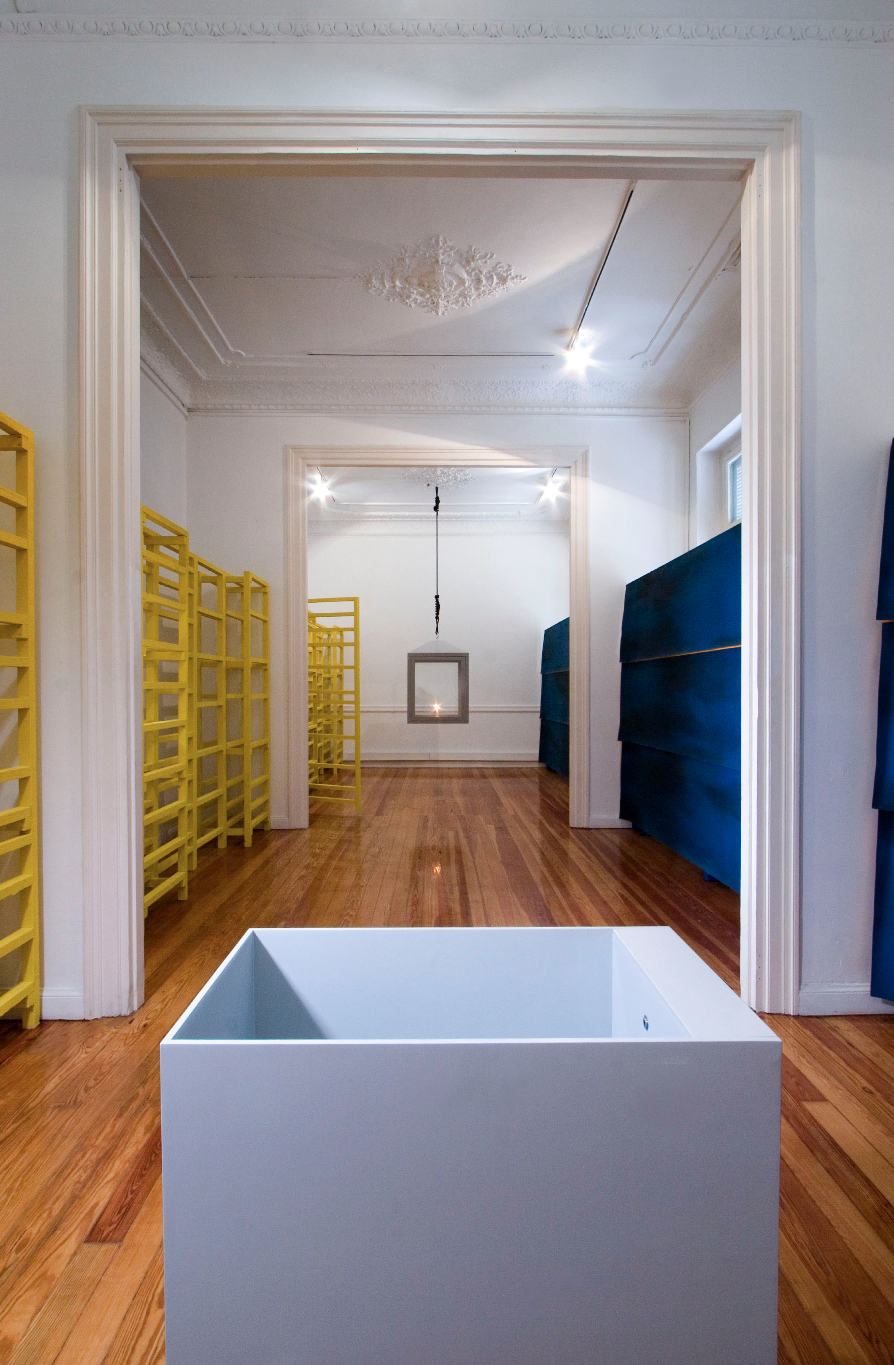 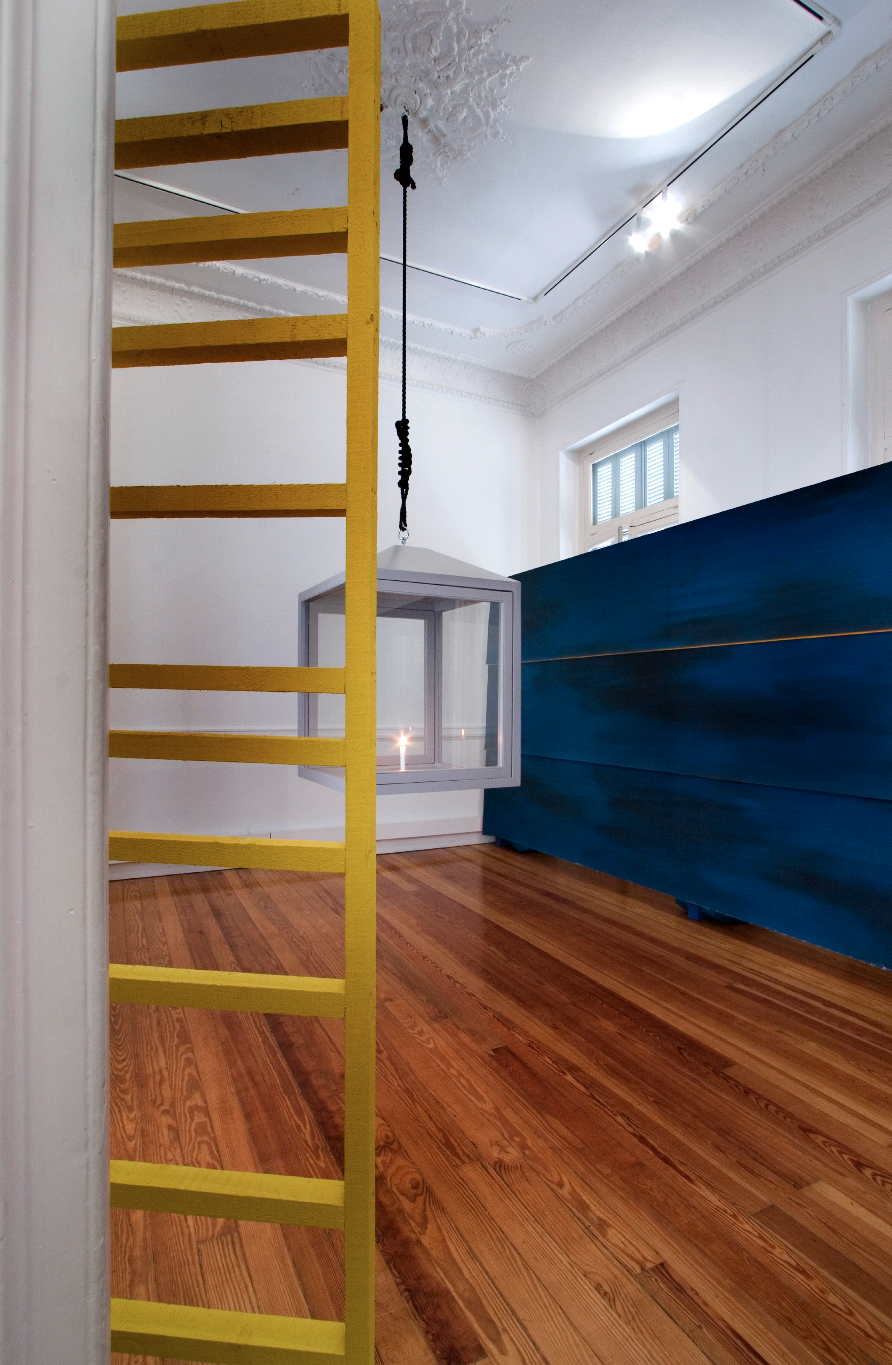 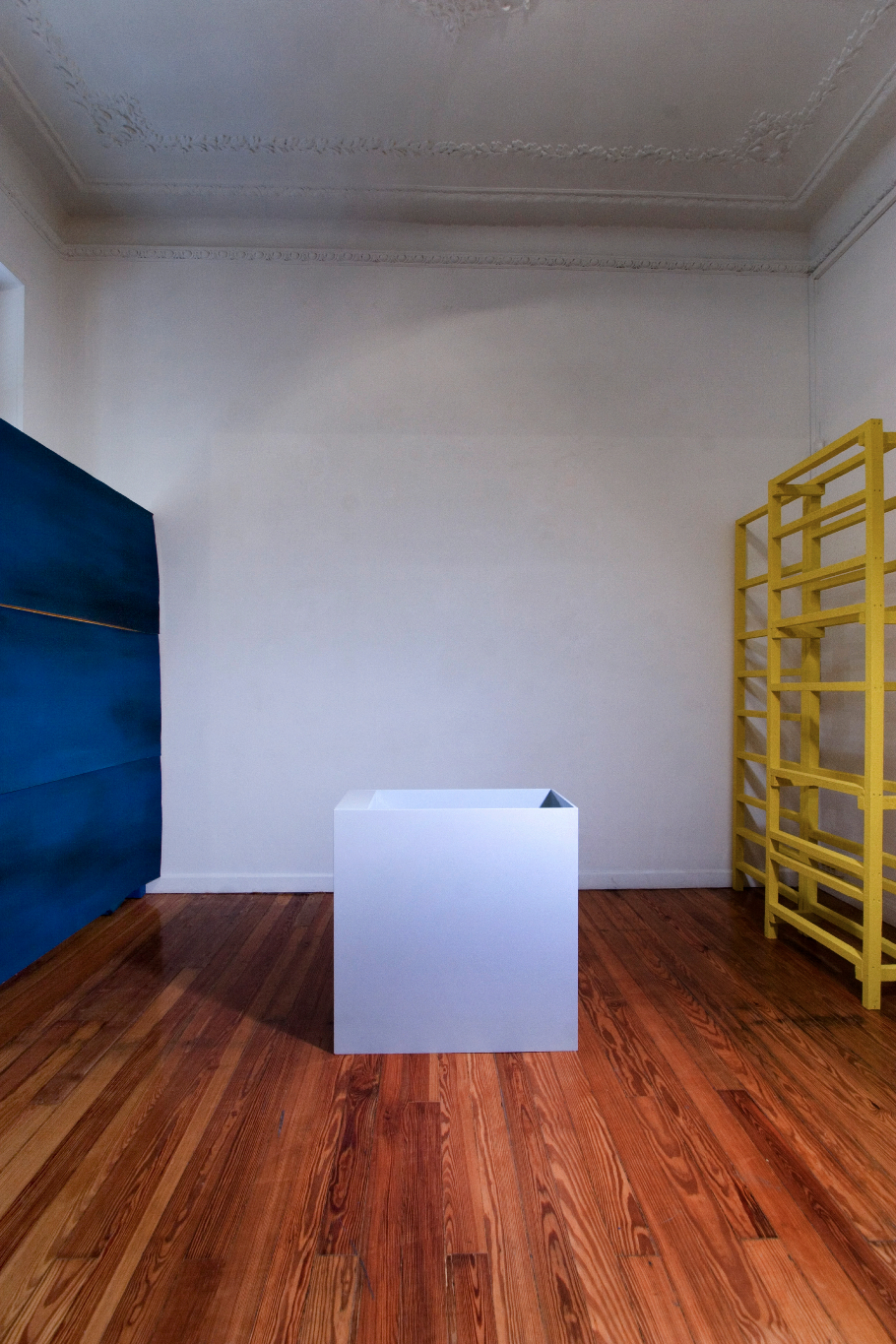 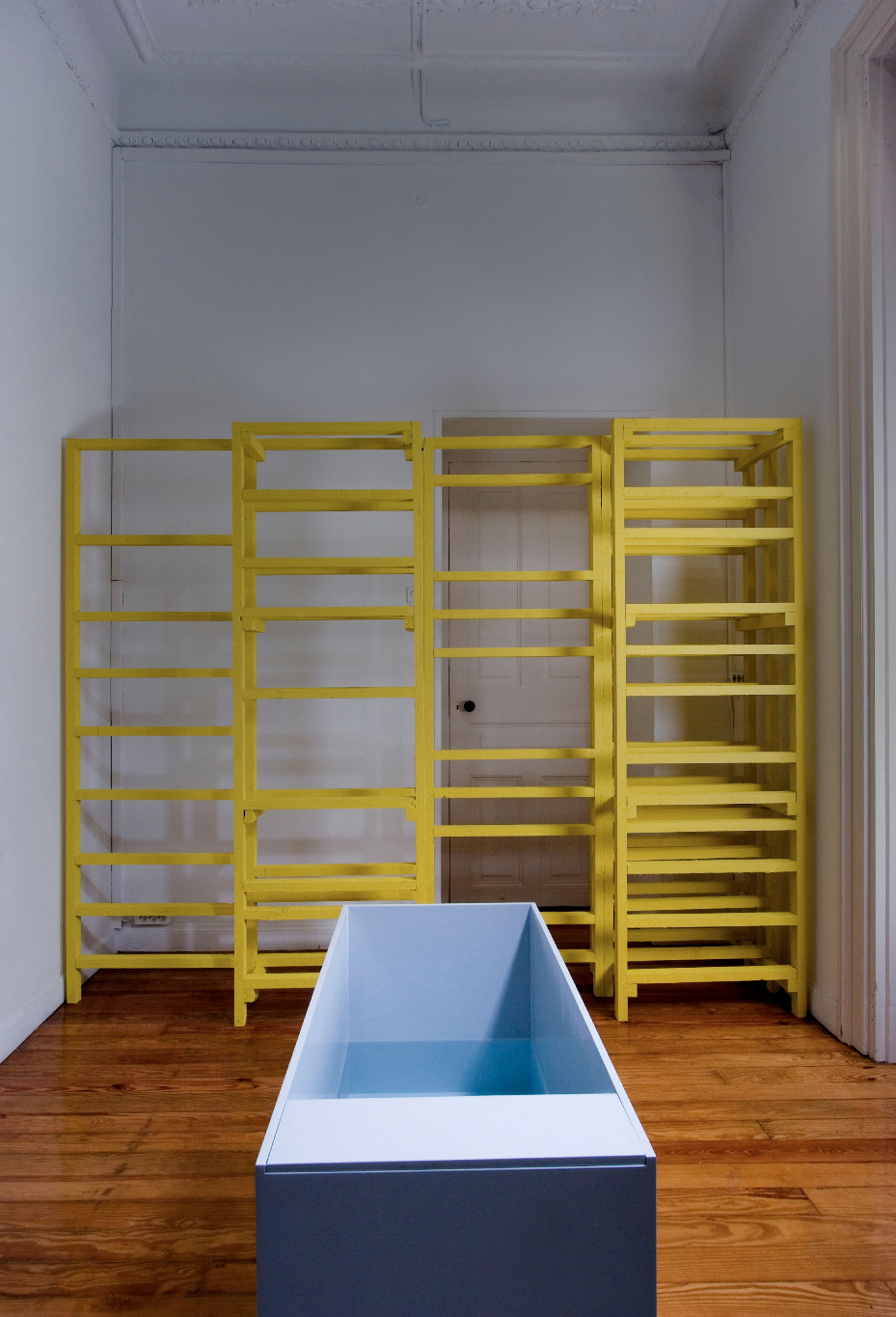 A Letter from the Future. A Brief Recollection of the Apocalypse.

In those years, I was living in Holland. Modern, liberal, multiracial, perhaps experiencing the height of a second “golden age,” Holland almost seemed the prototype of the country of the future. Culture and economy went side by side, successfully, so as to plan a bold tomorrow, like their seventeenth-century navigators. To me, the Dutch have always seemed like optimistic and positive people: free from ideologies, they build their future with a pragmatism that is able to be stimulating and visionary. Actually, under the creases of that positivist smile—all commerce and communication—visions of the Apocalypse, images of a hallucinatory future always lie in ambush, like the ones Bosch, Bruegel, or van Gogh spawned.

In those years—the nineties—it seemed as though we were heading towards a future of widespread communication, invisible borders, and expanded freedom. The world was truly becoming a single village, open to unlimited possibilities of evolution and improvement. All passionately together, always connected and always on the move. Even the newspapers began calling it Globalization: it seemed like the key word in identifying this new, shiny Utopia.

In truth, it became clearer day after day that many people did not even see the faintest hint of its potential, or didn’t even know what to do with it. The Machine-World, launched at breakneck speed towards this “all included” future, began slowing down as early as 1997. In Asia, they realized first-hand that liberalizing and liberty were not always synonyms, and that driving at 200 kmh without brakes and without ever coming across a stop light could be rather dangerous. In Seoul, in Bangkok, in Jakarta, the dream vanished in the space of a single night.

Some, though always more, began growing wary: but wasn’t this happiness without side-effects supposed to be for everyone? Maybe they had the wrong answers, but the questions were certainly right. Tension grew among those excluded from the great global party, or among the more chic ideologists of the Apocalypse. Protests and rallying commenced, shouting out the possibility of a better and protected world, with fair trade.

The close of the century bore with it the customary end-of-millennium fears: a bug would infect all computer systems and bring us back to a primitive state. But this loathsome insect didn’t show up. Many put back into their closets cutting-edge insecticides. Apparently, we were reading the word DANGER in the wrong language. A cruder and more primitive story, with minimal technological potential, awaited us. The stuff of actual walls and holes. Certainly not odorless digital transparence: everything smelled of dirt and blood, trinitrotoluene and sacrifice.

But something was brewing as early as the summer of 2001. The new President of the Planet, in his cowboy costume, began trying out isolationism, raising his voice on Kyoto and Gaza. In July of that same year, the Italian Friend took great care in having the flowerbeds clipped in light of the Big Eight arrival. Through the streets of Genoa, militarized for the occasion, war was waged against the Alien with barricades and hoses, violence and maquillage. The resistance revamped age-old anti-revolt strategies, with a new twist. The Movement had its martyr, and went back underground.

During those very days, I was curating a show entitled Strategies against Architecture, not far from Genoa. A strange coincidence, or an obscure premonition? The summer went by trying to interpret the signs. In the kitchen of my new house in Berlin, there were conversations with an artist about our generation’s attraction to ruin and destruction. Maybe, we thought, because we never lived through dramas first-hand. But it took just one moment, a matter of minutes, and we were proven wrong. Babel was hit straight in the heart with a pocket-knife and flight manual—all on more or less live broadcast.

In a flash, the walls went up again and differences were pointed out. The era of the Great Suspect was inaugurated, while the good and the bad were singled out. The President of the Planet promised to rip the Barbarians from their dens, while the Athenians retreated more and more into an existence of absolute protection. Terror became the Empire’s anabolic. The economy of fear flourished unrestrained.

That same evening I went with Alessandra to an arena practically hidden in the woods of east Berlin. Radiohead was playing. From the stage, the singer-prophet asked the front row what had happened in New York; jumbled responses followed. It was raining cats and dogs. The air was really electrical and damp. Towards the end of the concert, a synthetic, sharp, impersonal hammering began. The singer started shaking his head, like in a painting by Bacon. He had recorded this song the previous year, and it began with a question:

And the children first

Let me hear both sides

This is really happening

And that’s what it really seemed like—that we were all in there, while he was shaking his head under an endless flood. That’s how I pictured the Apocalypse.

Paradoxical: during those days, at home, I didn’t have a TV. I saw the prerecorded events in Genoa and New York. I pieced it all together only afterwards, with the words and images that had already been interpreted and digested by others, with stories and conjectures, distortions and retaliations. And from the points of view of a few artists, surely. They as well helped me. I recall a video-installation by Aernout Mik, another not-so-positivist Dutch artist, a few weeks later in a gallery in Berlin. The rooms of a stock exchange, sheets scattered all over, brokers with their staring and absent gaze, prey to sudden nervous twitching. In another gallery, in Milan, I came across the image of a wall of policeman hiding the corpse of the Martyr. Armin Linke had taken this photo in Genoa..

And I remember, back In Holland—it must have been 2002—the studio-home of Lucas Lenglet transformed into a sort of bunker, in a shack built for the apocalypse or for protection against all intruders: sand bags lined against the dark windows, baseball bats ready to be used, and experiments with Molotov cocktails. Something obsessive and gloomy, but maybe just too elegant and stylized to be real.

On the other hand, it’s inevitable: Lenglet knows that, in the increasingly widespread society of spectacle, violence cannot be separated from its aesthetic component, from its theatrical effect. His shows in Berlin in 2006 were also hallucinatory, though moderate, stagings. An unnatural lighting created silent landscapes, composed of minimal and rigorous forms and structures. Nothing that was evidently destructive or lacerated. Or better yet his work represented a state of mind: a synthesis of our fears towards the Other, the Alien, the Stranger. The silent manifesto of a disturbed condition, made of protection, isolation, and paranoia.

In Athens, one year later, Lenglet returned to a more or less domestic theater, as if he wanted to define, once again, the perimeter of a private space in which to protect himself and his world from an invasive chaos. A limited, but safe, place.

Come to think of it, all these were celibate translations of objects/instruments/architectures with an attack-defend-protect function. They were simulacra of an expected violence, of an action that had not been carried out yet, but given as force, frozen in unalterable forms, in objects that had lost their function and awaited to implode. They were the Magenta-toned snapshot of those strange days—of a long and unexplainable feeling of anxiety.

review translated from Greek to English

I have to admit, that having only seen photos of individual works by Lucas Lenglet until now, I hadn’t managed to become oriented successfully. I couldn’t see but dry objects that looked like formalistic exercises on sculpture, perhaps a bit interesting as post-remarks, but nothing more. I was however, mistaken.

Formalistic references, are abundant in the works of the Dutch artist, based in Berlin, mostly to minimalism (the artist talks about his previous work where he dealt with second world war antitank roadblock structures in reference to minimalist Sol LeWitt) but also to forms of geometric abstraction – perhaps also to Dutch design. These references however are nothing more than a way of composition (“I am a sculptor” says Lenglet, jokingly while recognizing his duty) that is totally submitted to a narrative. What I had previously considered, due to my deficient knowledge, extracts from formalistic exercises, are in fact a small world.

Lenglet’s solo show at Gazonrouge, entitled “every inch is mine” is the third of a series that deals with the same wider subject (the previous two were «Tools for rescue / Tools for hiding» at Künstlerhaus Bethanien and «Ι have no gun, but Ι can spit» at Magnus Müller gallery). The viewer will see a faultlessly directed installation with 4 elements: a fence with a narrow door, from where you enter the space, a wall-like structure composed of two-coloured canvases, a fountain and an oversized lantern with a candle. The whole effect is especially sad / narrow spaced, much like the attempts of a prisoner to control his space. It constitutes, in a way, a safe space where the necessities for survival have been secured (water, fire), but at the same time, a constrictive space. (The artist reminds us of a phrase from Michael Moore’s documentary “Bowling for Columbine” in which a Canadian says to an American: “By locking your doors, you think you are locking the others out, but you are actually locking yourselves in”) At the same time, this space allows a few slim but clear chances of escape. The hostile fence, for example, is painted in a cheerful yellow. Under the canvas’s dark blue, you can get glimpses of a bright orange. All these things, however, while appearing to be chances for liberation, include their own negation: the enclosed feels safer in his space, but he won’t grab the opportunities.