a canary in a coalmine 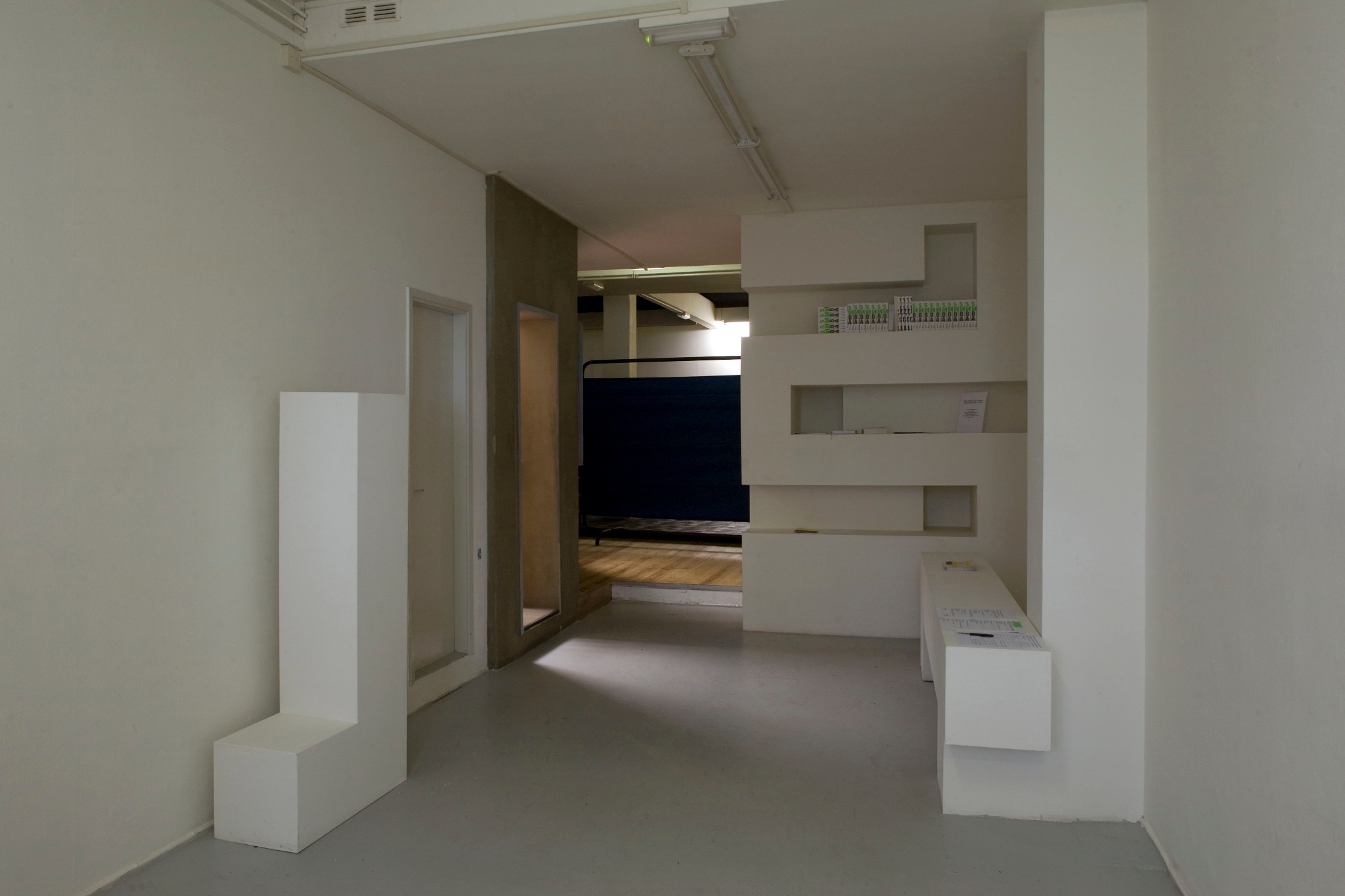 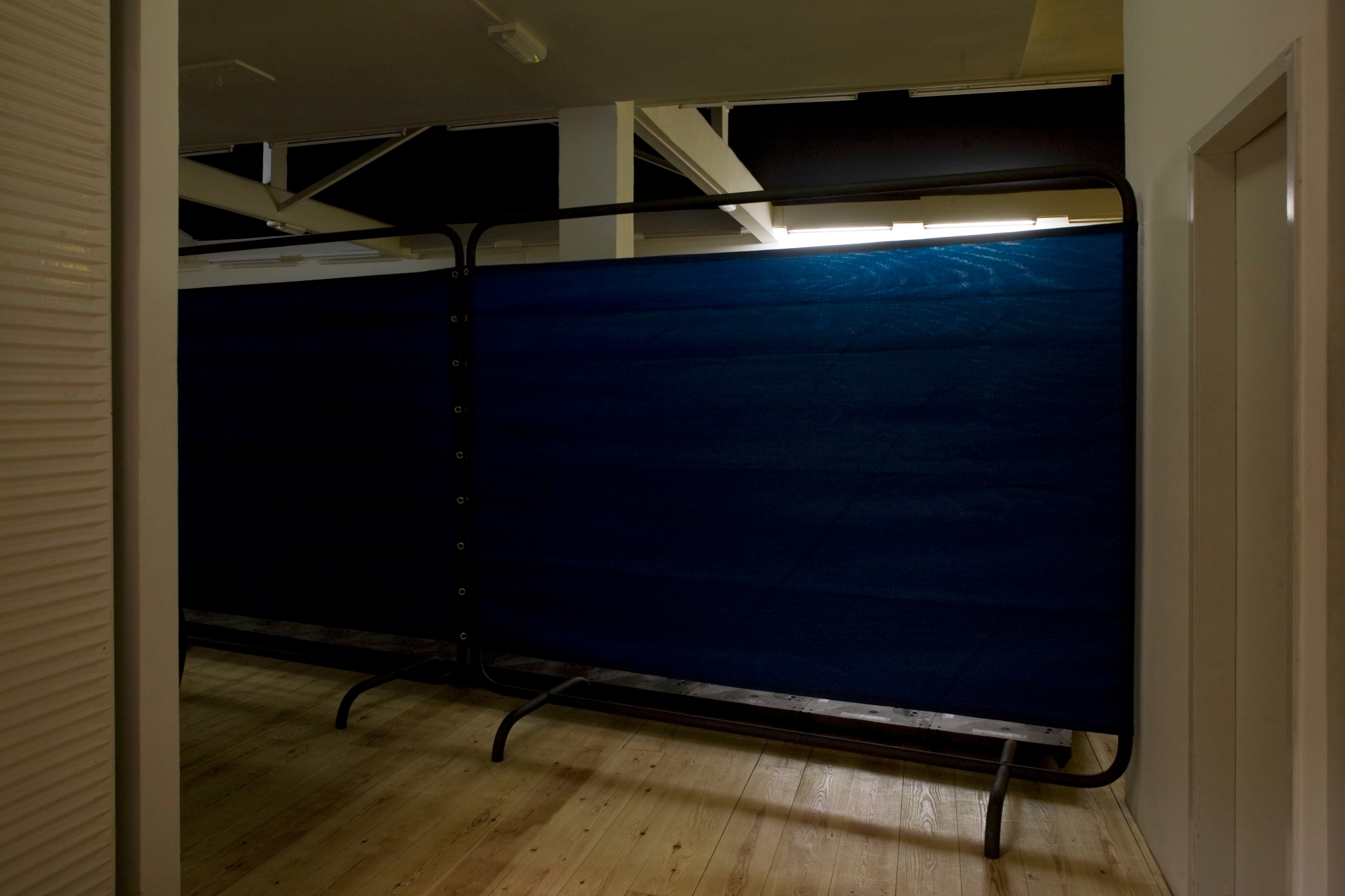 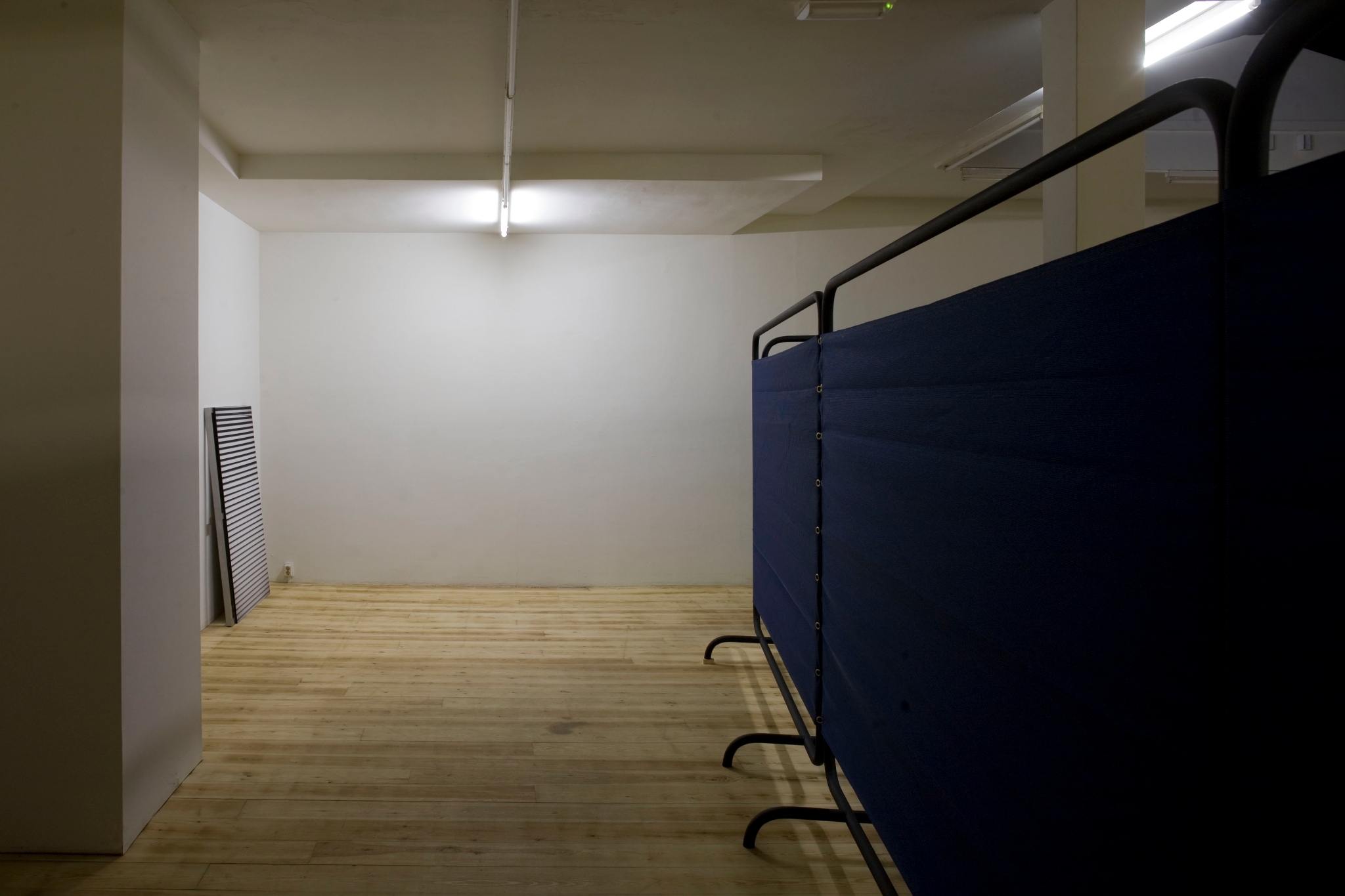 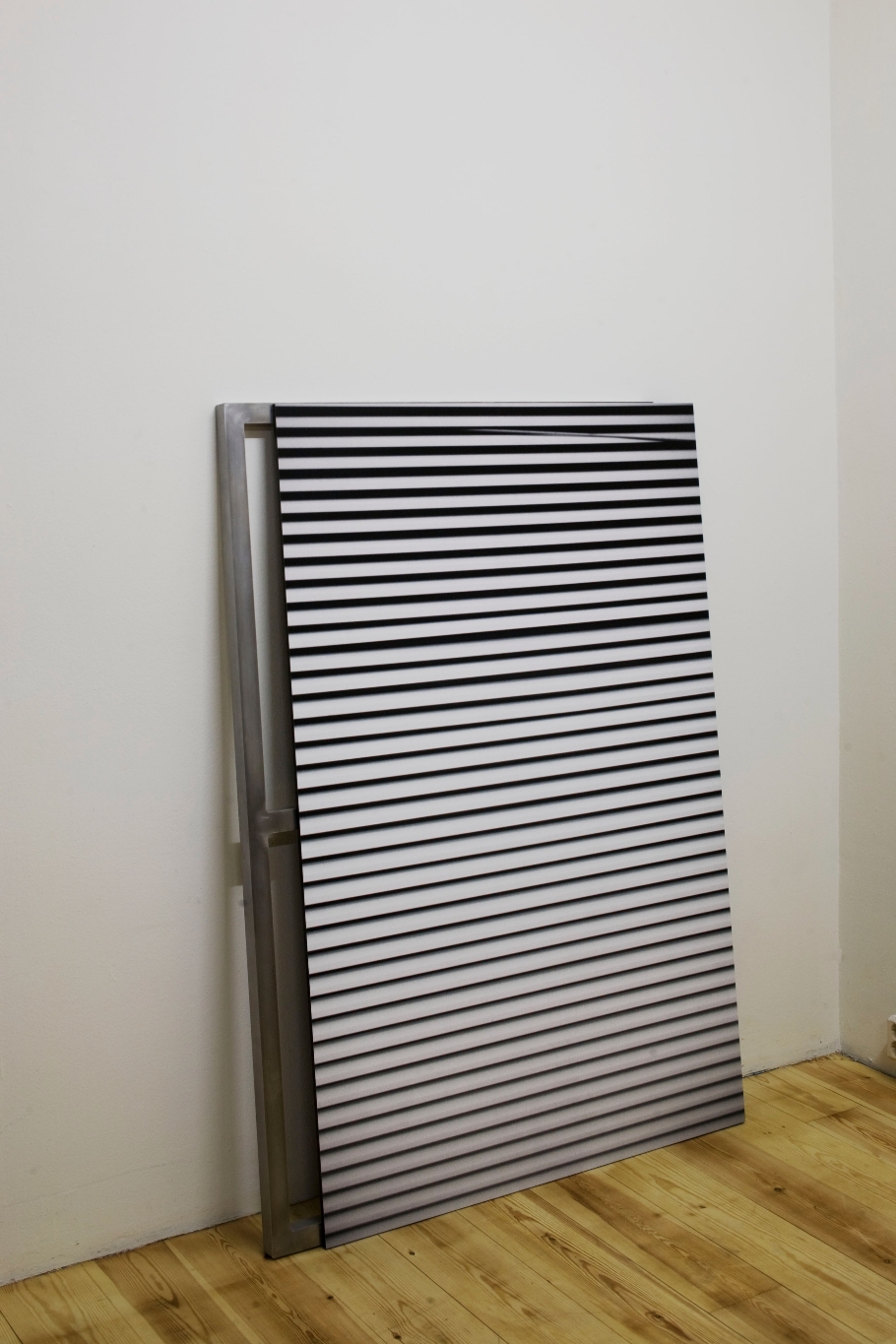 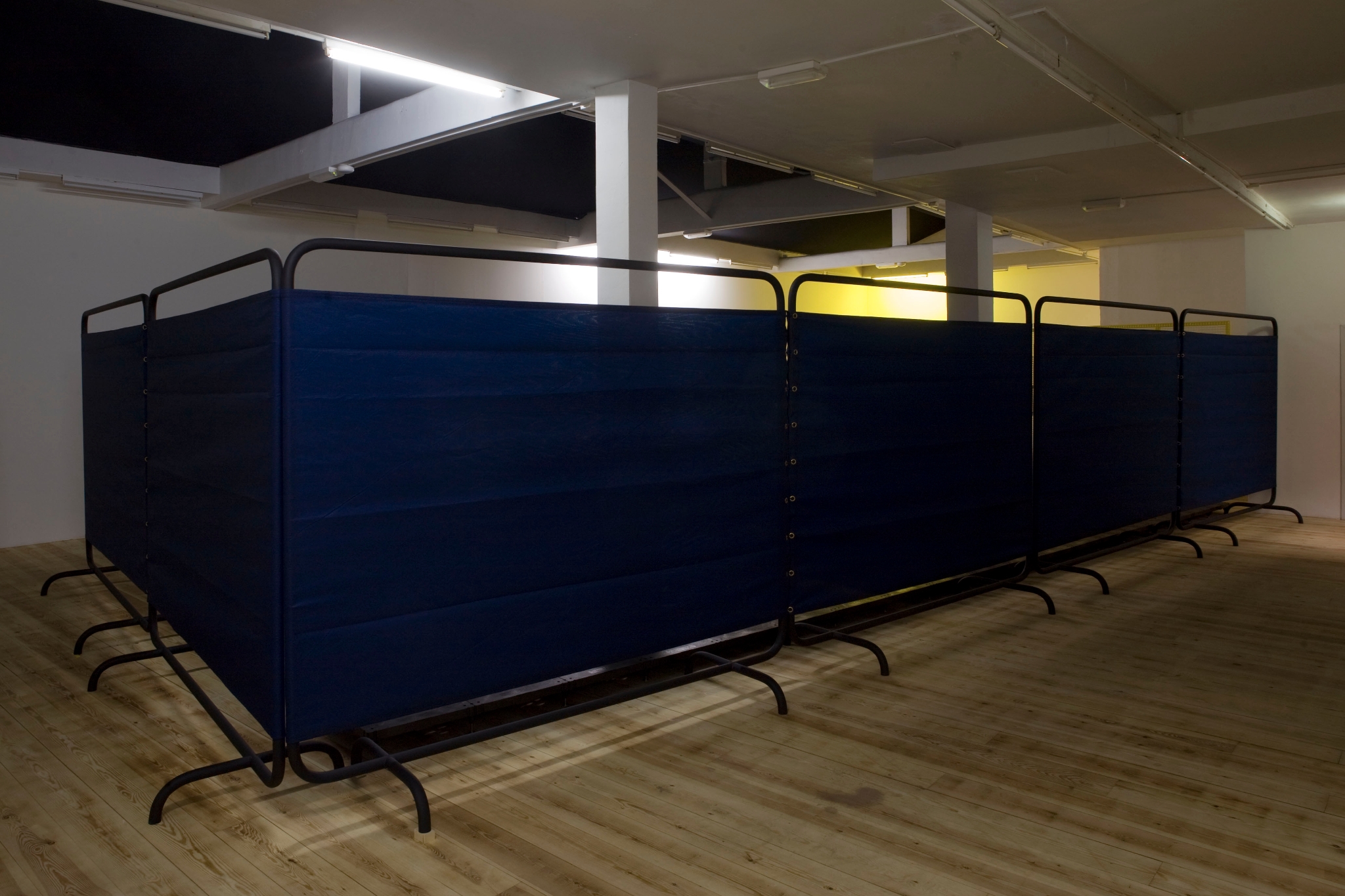 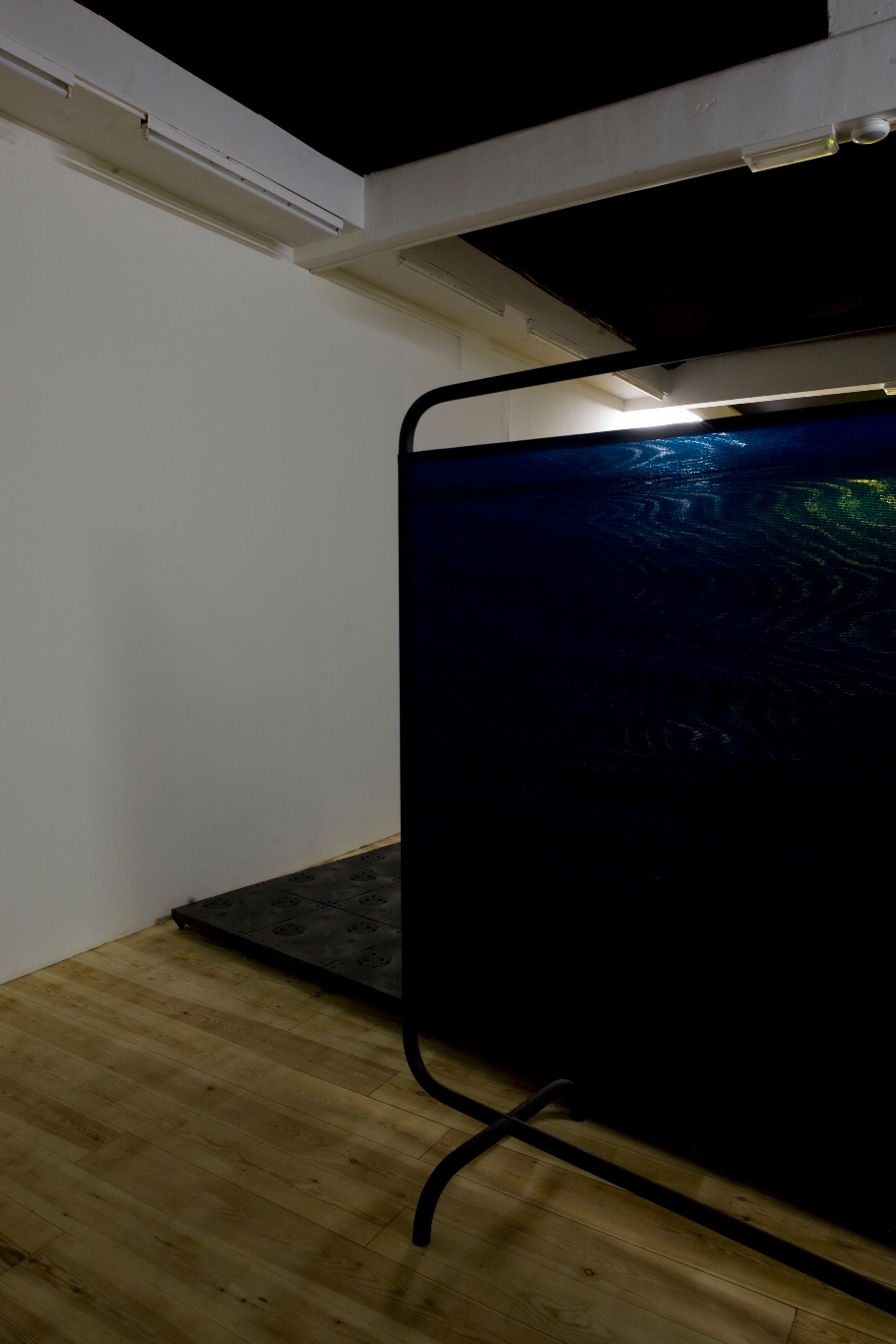 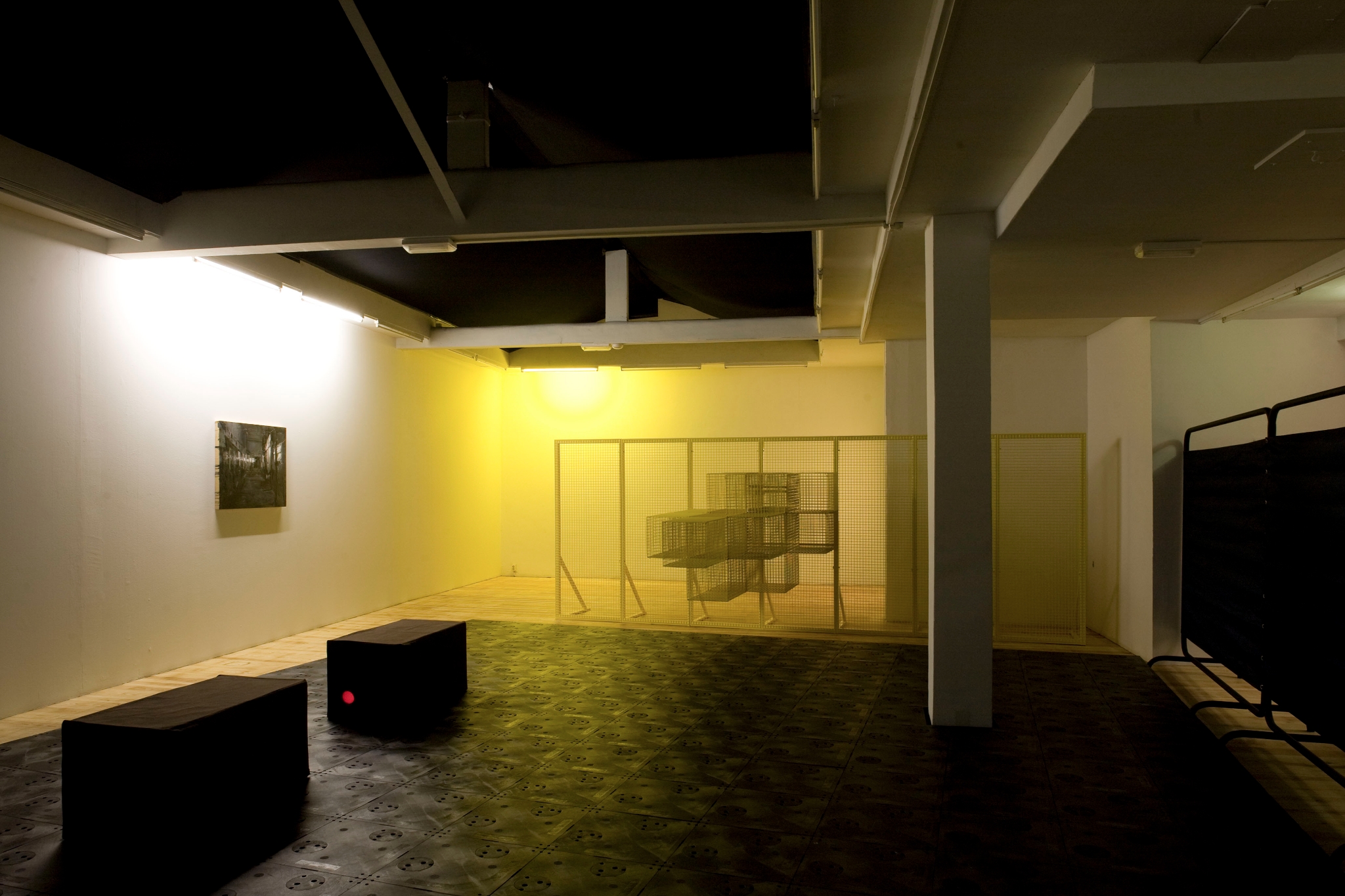 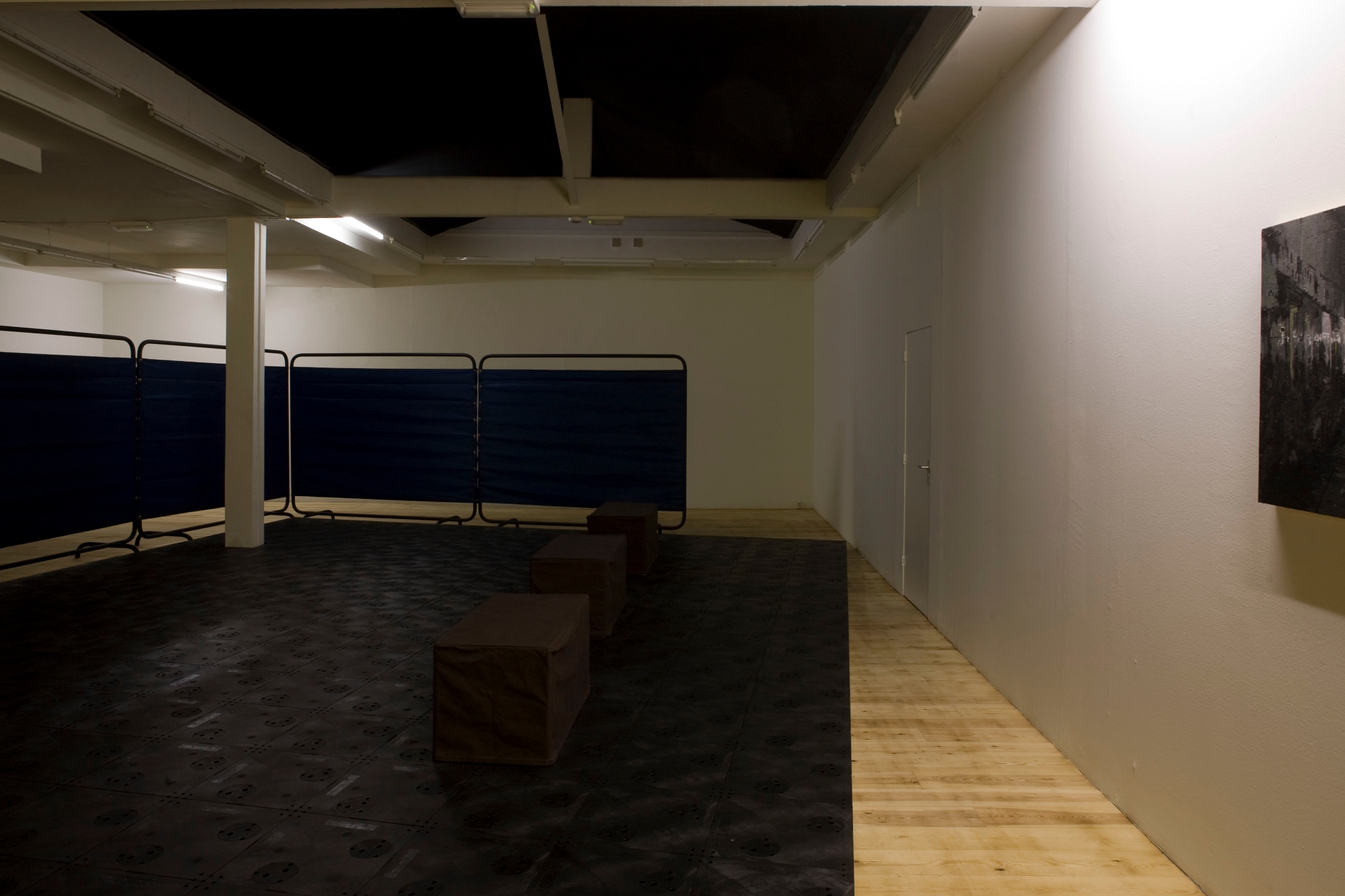 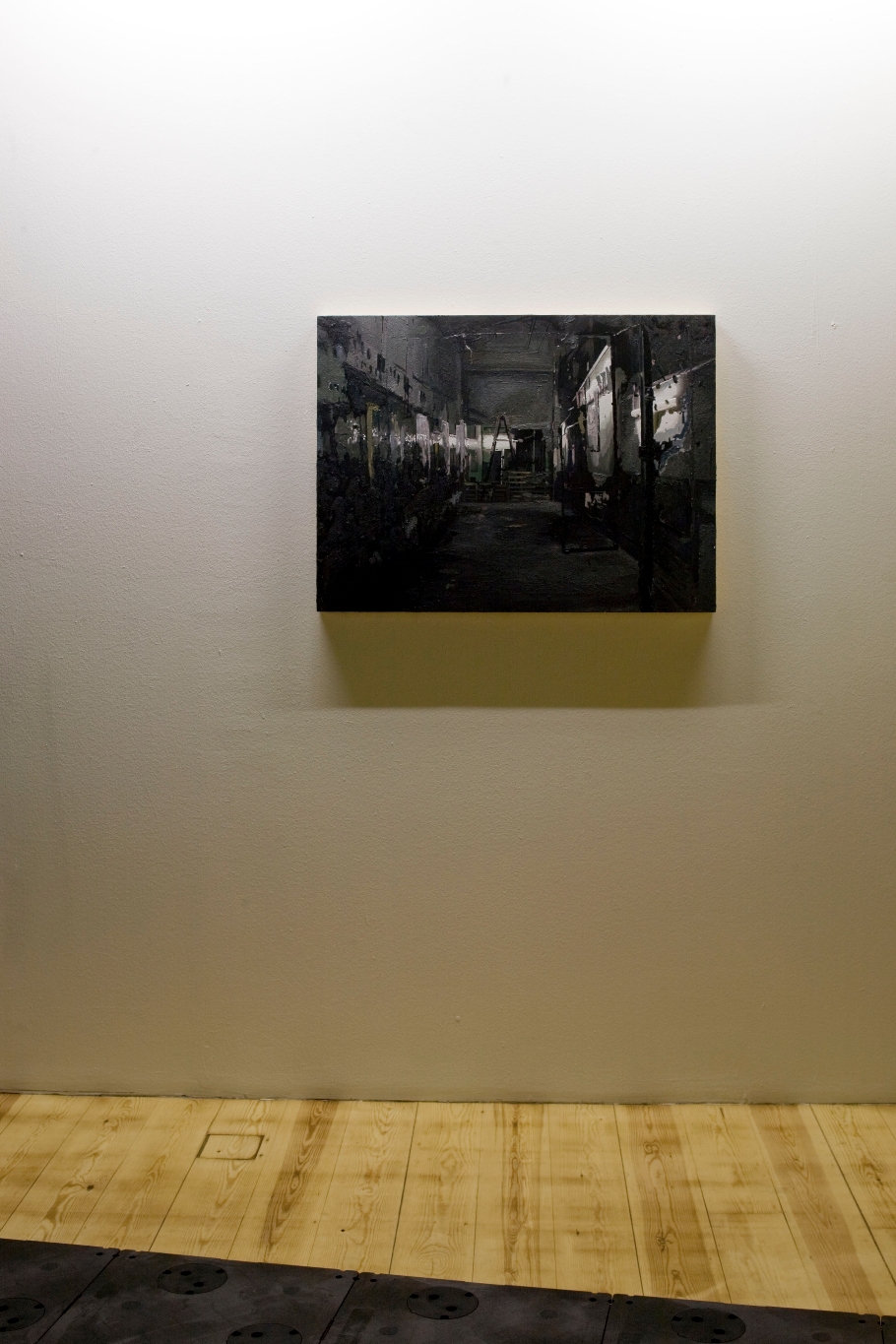 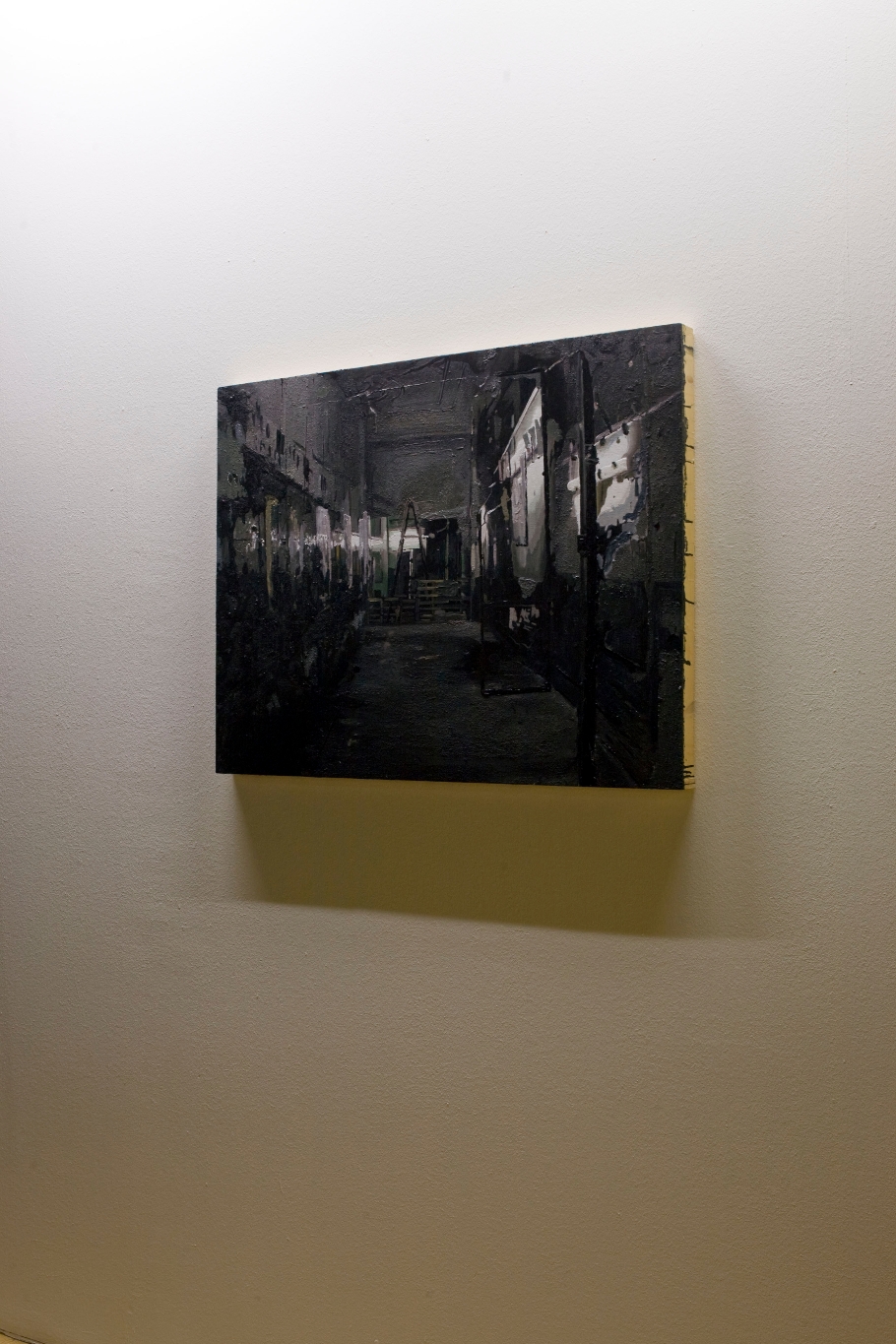 All is not lost

For the past few months, a flock of cheerful canaries has been frolicking in a big, red aviary, set in a little manse of trees just outside my office off Rosa-Luxemburg-Platz in Berlin. Whilst chirping and playing the birds form a tableau of peaceful domesticity. And yet, there is something odd, something just that little bit off, something faintly disturbing about the scene. Every now and then, the flock will rise together frantically, at the sound of a passing truck, or for no apparent reason at all. Are they, in fact, frolicking? Or are they alarmed, frightened out of their wits and trying to flee the monstrous iniquity of their captivity? The aviary, a piece by Lenglet, is a deceptively subtle public sculpture. On the one hand, I perceive it as highly stylized and incidentally beautiful. On the other hand, it constantly emanates a disquieting potential. My aim is to show here that this duality of the aesthetic and the alerting is one of the key facets of Lenglet’s work.

In my subsequent talks with Lenglet about his work and the part architecture and spatial thought plays in it, he mentioned the architectural theory of dom. Hans van der Laan (1904-91). Van der Laan, a Dutch Benedictine monk, not only designed strikingly harmonious, mostly monastic spaces, but also constructed an architectural theory and a system of proportion which was called ‘the plastic number’. In general, Van der Laan saw architecture not so much as a manifestation of human culture, but rather as necessary and vital prerequisite for the evolution of human culture as a whole. His architectural space is at once archaic, universal and temporal. It is archaic in its reduction to fundamental shapes and the use of materials as it is in its reflection of simple human needs and emotions. It is universal in its claims for absolute values and in the attempt to find a rational and mathematical explanation of the perfect architectural space. It is temporal in that it defines one moment in time, the immediate present of our existence.

There are as many parallels as differences in the work of Van der Laan and Lenglet. Both take the basic shelter as a starting point. However, in the architecture of Van der Laan space is defined by man to be separated from its natural environment, a void carved out of nature to serve as cultural space, whereas in Lenglet’s work, I suspect the shelter to be sought does not originate in nature, but from fellow men. It deals with the emotion of fear which produces a need for security. Van der Laan’s work focuses on the reconciliation between the man-made space and the original, natural environment. Lenglet’s work, in contrast, leaves behind a sense of disturbance and disharmony which diverges from the architectural products of Van der Laan.

With regard to the work of Lenglet the temporality aspects of Van der Laan’s theory are particularly interesting. Van der Laan stresses that our experience of the earth’s surface is comparable to that of the ‘now’ in time. Architectural space exists only as a perceptional instance at a certain point in the space-time-continuity. The spatial situations constructed by Lenglet are based on a finesse that quite similarly relies on the interaction between observer and subject (or situation, as the case may lie). This interaction is by definition an immediate process existing only at the moment of its conscious instance.  A moment later, when the observer has departed, this particular experience has obviously ceased, as has (just as obviously) the process.

Exactly there the fascinating aspect of Lenglet’s work manifests itself: the conveyed raw emotionality of fear linked directly to the emotion of relieve. The spatial and aesthetic setting provokes the viewer’s realisation of fear, and concurrently confronts him with the opportunity to let that fear go. What remains is a glimpse of hope that projects the fear of the now to the deliverance of the future.

There is another duality to be found in Lenglet’s work, one that might easily been mistaken as being identical with the aesthetic appearance of the pieces: that of the aforementioned deliverance from fear, from what Lenglet calls Flucht. Flight must, as a precondition to its existence, have a goal, a place or condition to flee to. Taken philosophically, this condition at the end of the Flucht assumes an abstract character and gives us a glimpse of the most fundamental duality in western thought which lies at the heart of the seemingly innocuous pieces: that of the struggle and interconnectedness of good and evil. They can only exist together. The alternatives presented here to the scenarios of fear and desolation are not those of salvation – thus religiously motivated -  but scenarios of reason. The situations we are faced with are not the known representations of violence and panic.

Lenglet collects emotional experiences of archetypical spatial situations that trigger connectivity to violence through our knowledge of the world surrounding us, such as a roadblock, metal barriers at threatened embassies, and basic fences and walls. These images are then stylised to an abstract form, almost in a process of distilling the essence of disquiet and unrest. The abstract forms are reassembled into an abstract scenario that relies solely on our mental capacity to reconnect the emotional projections of the individual pieces into a personal and individual scenario. During this process we are challenged to evaluate their irrational origin and we are subtly reminded that they do not represent something that is either necessary or unchangeable. On the contrary, as they are so obviously man-made with the same subjectivity as the situation that inspired their production was tainted with, they are inherently changeable and subject to improvement or change by human design and interference. It is not the object itself that is irrational, but the purpose we use it for.

All this reminds me of Erwin Schrödinger’s thought experiment known as Schrödinger’s Cat. It shows that an object or a situation could exist simultaneously in two different states. (Schrödinger himself argued that his cat under certain circumstances could be both dead and alive at the same time when not seen.) Only by observing the situation a specific state is required. It is not only the duality of fear and of the escape from fear, the Flucht, which is strongly present in Lenglet’s work but also the simultaneity of these two situations. Like Schrödinger’s cat, both the idea of fear, of desolation and the idea of deliverance exist at the same time. Through deciding what to observe, the viewer fills the situation with interpretation. The extent to which the observer has influenced his decision remains impossible to quantify. There is always the faint whiff of suspicion that some of the conclusions the observer draws are not quite his conclusions, but actually a part of some other rationality inherent to the piece as an independent entity. Is it the lingering aftertaste of fear, or the hope of deliverance through reason that remains of Lenglet’s work? Thinking back to the aviary in front of my office window, I think it is both. Like Schrödinger’s unfortunate cat, I, the viewer, am simultaneously both in a situation of fear and hope. Lenglet’s latest piece, ‘A Canary in a Coalmine’ is another particularly subtle and insightful example of these dualities, of  the capacity to unleash a torrent of raw emotion in the viewer, while subtly reminding him that not quite all is lost.

Roger Bundschuh (1966, Paris) is an architect based in Berlin

reviews on ‘a canary in a coalmine’ 2008 at SMBA, Amsterdam